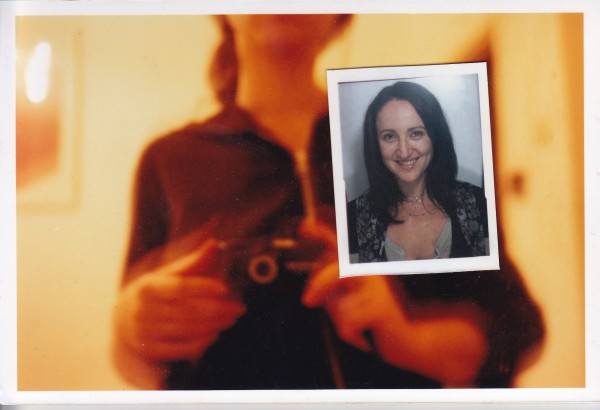 After emigrating from the Soviet Union to Baltimore Maryland as a kid, Hellin picked up her first camera at the age of 14, and hasn’t put it down since. Growing up on the East Coast in the late 80’s she was heavily influenced by punk music, art and politics and shortly after high school started studying at Bard College, where she received her BA & MFA in film, while writing and directing six short films.

Her films, ‘Borscht’, ‘Barry Paul’, ‘Every Woman Was Once A Little Girl With Dreams’, and ‘Was Once A Girl’, were all selected and screened at multiple US film festivals. Her film ‘Every Woman Was Once A Little Girl with Dreams’ (with a starring cameo from DC music legend Ian MacKaye and filmmaker Adolfas Mekas) was selected by Miranda July for the first Miss Moviola Project. She also wrote, directed and produced ‘Was Once A Girl’ on location in Moscow Russia, which screened at the IFFM in New York, where it was written up as a “One To Watch” by Amy Taubin in the Village Voice and Mary Glucksman in Filmmaker Magazine. It then won Best Short at the 1998 San Diego Film Festival.

After college, her love of photography and fashion led her to accept a job as the assistant to legendary fashion editor Polly Mellen at Conde Nast. Following Ms. Mellen’s retirement, Hellin was hired as the fashion editor for the launch of Russian Vogue, helping build the global Russian fashion market. Since then she has worked as a photographer, stylist and fashion editor, both as a freelance contributor (L’Uomo Vogue, i-D, British Vogue, Elle, Nylon, Visionaire and many others) and as the staff Fashion Director for the Russian editions of Harper’s Bazaar, Elle and Spoon Paris, where she photographed, styled, developed and packaged content, and produced fashion shoots for a long list of luxury brands. Other editorial clients include ELLE, Marie Claire, Nylon, The Fader, InStyle, L’Officiel and Cosmopolitan.

Throughout her years in fashion Hellin has continued to direct numerous music videos, fashion films and commercial work, while also working as a photographer and stylist for editorial and advertising clients in New York, Los Angeles, Paris and Moscow.

She has a new short film releasing in the fall of 2017. Since August 2017 she has worked as the photographer and video director, creating content for Elie Tahari; art directing, producing and photographing all of the imagery for the brand’s advertising, social media, marketing and website. June 2010 she launched this blog to share all the stuff she loves from music and art to film and fashion.

Her many years in the world of fashion and entertainment have given her a distinct approach and understanding of the behind the scenes creative as well as branding and marketing from every perspective. She has worked with some of fashion’s top designers and magazines including ad campaigns for Joe’s Jeans, Tarte Cosmetics, Anthropologie, Tara Subkoff’s Imitation of Christ, Guess Jeans, Godiva, Selfridges London, Black Halo and Club Monaco.

Other branded content and editorial clients include Marie Claire, InStyle, Cosmopolitan and Kohl’s.

She likes to go on the road in her car in search of good food, old records, vintage finds and used books.

The name of the blog may not always match the content but that is somewhat the point. What you see is not always what you get and vice versa, and on a good day there should be a surprise beneath the surface. We are all walking contradictions and cliches. That is the beauty of it. #ProFaux forever.