Andy Warhol & Friends at The Met 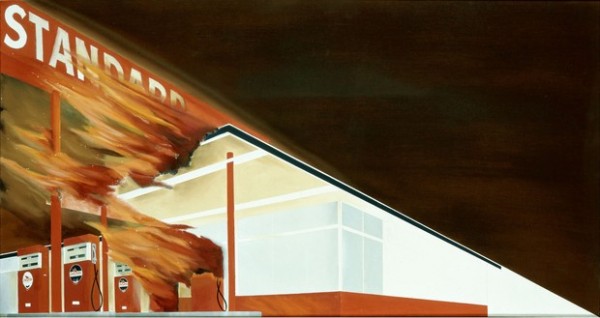 I love this painting by Ed Ruscha from 1966. It is part of the new exhibition at The Met called “Regarding Warhol” that is up through December 31st. I can’t lie, I am not even remotely curious about any of the Andy Warhol paintings they have up but I am interested in what is essentially a group show of other cool contemporary artists. Warhol is like the Beatles at this point; wholly influential and easily acknowledged as a revolutionary within the context of their times but utterly boring and redundant in the context of our time solely due to the effect of the very far reaching influence they have had over pop culture. It is just too redundant and watered down in so many other places which makes looking at Warhol (or listening to the Beatles) almost painfully boring. Yes, boring. Let the wrath fly from obsessive fans and lovers. All that aside, still a show worth seeing.

This entry was posted in Art and tagged Ed Ruscha, New Show At The Met, Regarding Warhol, The Beatles. Bookmark the permalink.