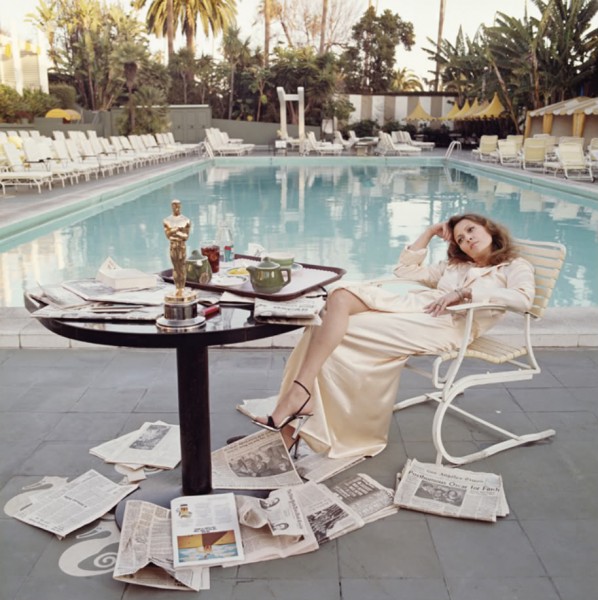 The Beverly Hills Hotel turns 100 years old on June 15th and to celebrate they’ve published a book, “The Beverly Hills Hotel and Bungalows – The First 100 Years,” by Robert S. Anderson, the hotel’s official historian and great-grandson of its founder, Margaret Anderson. They also have a slew of fabulous happenings very suitable to the old Hollywood stomping ground going on the weekend of the 15th starting on Friday with an evening of comedy and jazz by the pool hosted by Bill Cosby to benefit the American Comedy Fund. On Saturday The Hollywood Reporter will host a morning roundtable discussion with actors, writers and directors telling their stories from years in the industry, followed by a pool party in the grand tradition of yesteryear. And finally, in the evening they will launch the exhibition of photos from the hotel shot by everyone from Bruce Davidson to Julius Shulman included in the book. Above, Faye Dunaway poolside the morning after winning her 1977 Oscar for Best Actress in “Network”. 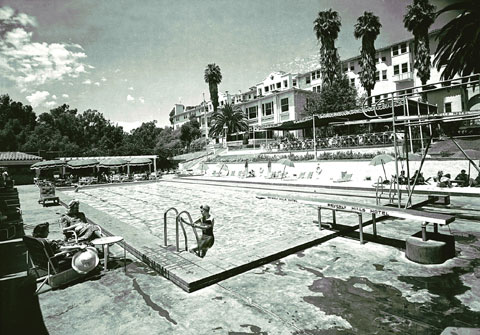