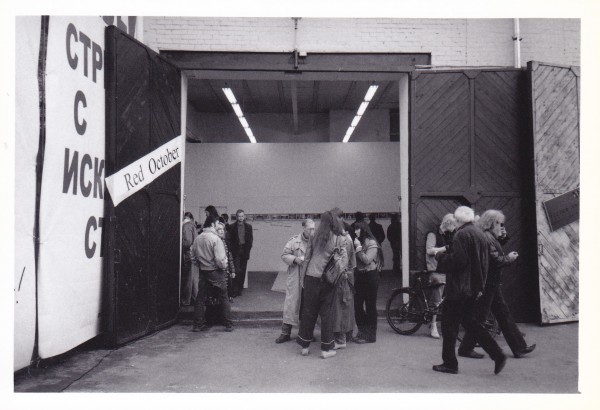 In early 2004 while I was working as Fashion Director for Russian Elle in Moscow I had my assistant call the studio of artists Vinogradov & Dubossarsky to see what they were up to. As it turns out they were pulling together local artists and galleries to create a small Chelsea-like space at the Red October Chocolate Factory and asked me if I wanted to take on one of the gallery spaces to show whatever and whoever I wanted. And so I did. My first show, above, was my own photography of Moscow, Milan and Paris fashion and people followed by a NYC based graffiti artist named Erni Vales. This was years before Garage Center in Moscow which was started by Dasha Zhukova opened its doors and christened the Russian art market cool. But we were the first and it was an exciting time. I didn’t last long in the space, three months of paying rent on a gallery was enough for me and I ended up back in NYC again that December anyway but it was pretty amazing to be a part of that first wave before everything blew up and Gagosian showed up. Dasha, whose work in the art world I admire has just launched a magazine this month called Garage which I’m dying to see but haven’t yet. In conjunction with the launch an exhibition opened on Saturday at Gagosian London of the ‘Agathe and Seraphine’s House’, a life-sized scuplture of a dollhouse created by Dinos Chapman and photographer Nick Knight for the mag. It comes down this Wednesday September 21 but if you’re there check it out. Signed posters and limited edition prints of the shoot are on sale during LFW. Garage pop-up at Gagosian, 17-19 Davies Street, W1K 3DE (020 7493 3020)