There are so many reasons for this film to get made. A documentary on the lonely whale, who has apparently never been seen only heard and never by his own species because he ‘speaks’ at a completely different decibel than other whales, is a study in science, nature, and humanity all at once. Adrian Grenier is producing the documentary, and as always putting his money where his mouth is by supporting causes near and dear to his heart, which also happen to be near and dear to my own. Our environment has been in crisis for decades (anyone who went to high school with me will recall the only 9th grader within vicinity screaming about the ozone layer and recycling in 1988) and this creature has been out there for decades calling out amidst isolation and oceanic noise pollution, which comes in so many forms. Last night Adrian along with the filmmakers and their friends and family of supporters, launched a Kickstarter campaign at an event in Venice, to raise $300,000 to fund the expedition to find the whale, which would be historic to say the least. Watch the sizzle, donate a little money and wait for the mystery to be solved. 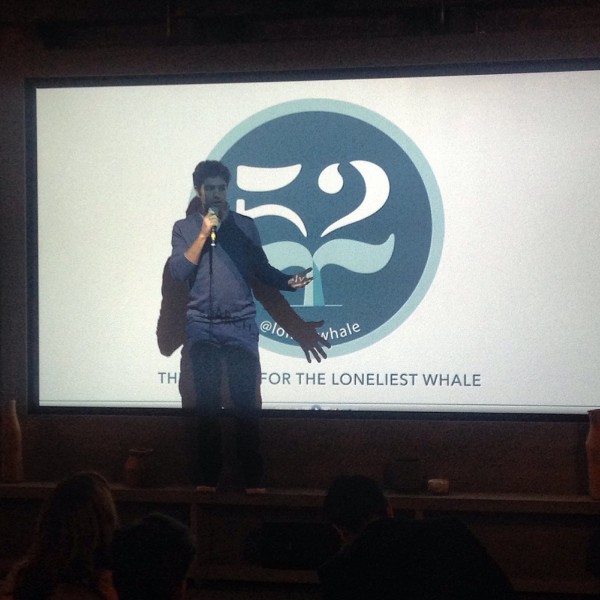