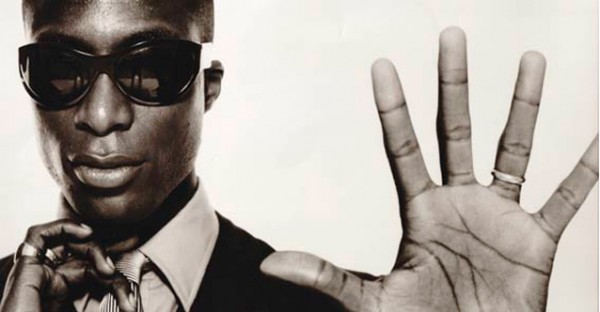 I met British fashion designer Ozwald Boateng ten years ago in Moscow while working for Russian Vogue. That trip of his is one of the scenes in the new documentary “A Man’s Story” directed by Varon Bonicos, which covers a twelve year span of his life as a designer and family man. He is here in Los Angeles this week promoting the film which, debuts in select theaters tomorrow and we got to sit down and reminisce a little. I watched the film earlier this week and loved it. Of all the fashion documentaries I have seen this is one of the most profoundly personal ones. It is difficult to work in a business where we have to pretend that everything is great all of the time, which makes it even more difficult to admit when things aren’t so great, and that is what makes this such a powerful film. Ozwald is a designer that has always gone beyond the boundaries of the fashion world. His unique voice is crystal clear not only through his menswear designs but also in the way he approaches the creative process, never allowing the outer constraints of a fashion world identity to define him or his work. Although Ozwald admits he wanted to stop filming the documentary five years into it the pair realized there was more to tell. As you watch the film it becomes obvious that the director and his subject not only trust each other but also truly love the process of creating something that speaks beyond fashion. I love that they spent 12 years making this and as Varon said, when he felt he “had come back to the beginning” while filming, he knew it was time to stop. Ozwald himself has spent much of his career creating short films to screen along with his runway shows every season and his inner Tarkovsky will surely drive him to features someday, something he admittedly aspires to. Along with long glances into the chaotic process of fashion and the effect it has on Ozwald’s personal life, the film also includes a lot of familiar faces including Giorgio Armani, Michael Bay, Laurence Fishburne, Jamie Foxx, and Will Smith. Watch the amazing trailer for “A Man’s Story” as well as “Motherland,” the short film Ozwald did in Moscow, below. The documentary will be at Laemmle Noho 7, 5240 Lankershim Blvd, 310-478-3836, November 2nd thru 8th.