Agnes Martin at the Guggenheim 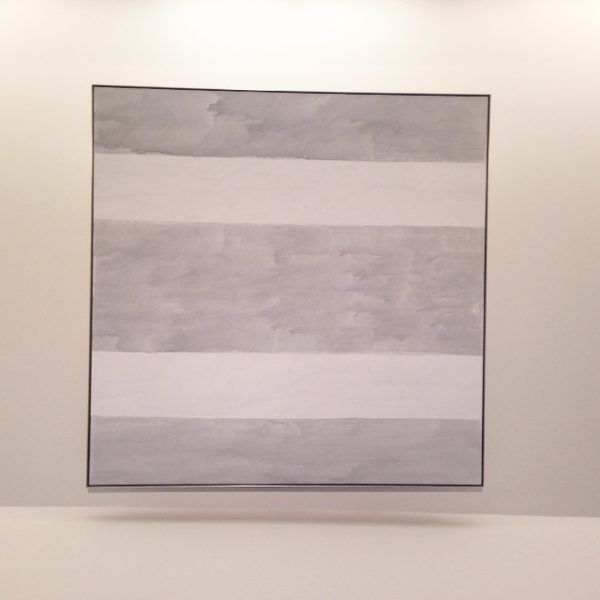 “Paintings painted by the intellect are not artwork.” Agnes Martin

I went to the Agnes Martin show at the Guggenheim this week. It was the perfect companion to the time I spent in Big Sur a couple of weeks ago (see below). Ms. Martin spent her life painting feelings of joy, gratitude and light, which she often found in nature. Her lines seem simple until you look closely at the details and layers, which soothe and meditate on positivity. She was a schizophrenic, prone to long periods alone, and for the first twenty years she destroyed all of her work on a yearly basis because she felt it wasn’t good enough. It was only at 44 when she decided to share her work with the world and had her first solo show in NYC, where she moved to in 1957. Eventually she left NYC and spent a year and half driving alone across Canada and the US before settling in New Mexico where she lived out the rest of her life. She continued to paint literally until the day she died in 2004. Th painting above is her last, produced that same year. I was fascinated by her work and her life and spent a few hours staring, breathing and taking it all in, the same way I did while sitting amidst the Redwoods. The show is up until January 11th, 2017.