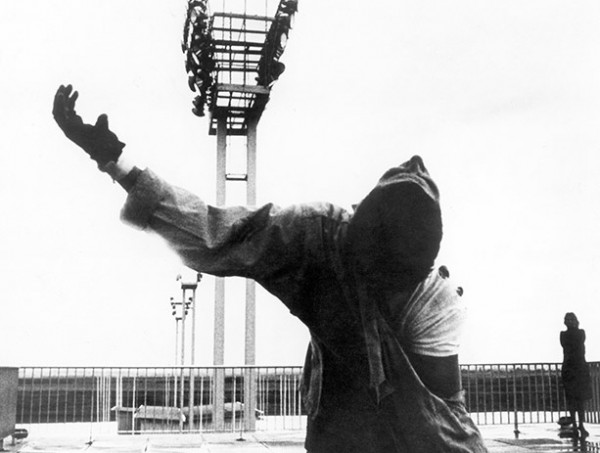 BAM is doing a retrospective of French filmmaker Chris Marker’s work starting today through August 28th, including the North American premiere of a newly restored print of Level Five, which he made in 1997. It’s such a cool list of films. The whole schedule is here. A still from his 1962 film La Jetee above, you can watch it below (it’s in French with Spanish subtitles here). Junkopia is also below.

This entry was posted in Fashion and tagged BAM, Chris Marker, Film History, Filmmaker, Films, Stuff To Do This Weekend. Bookmark the permalink.