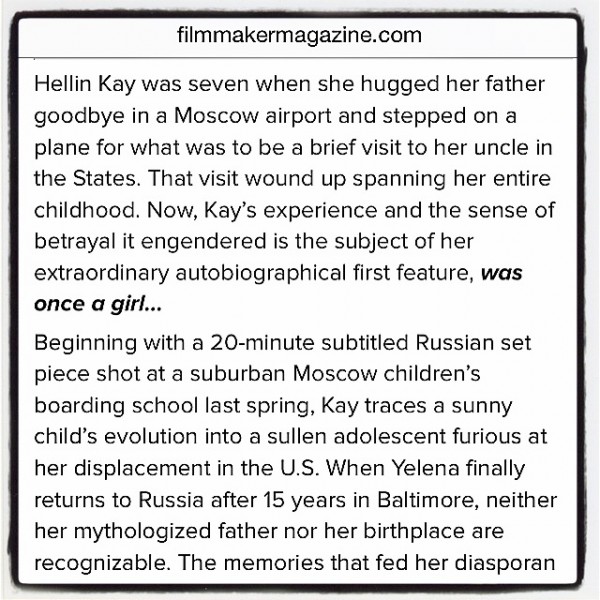 In 1998 Filmmaker magazine wrote about my first feature film, Was Once A Girl, which had just screened at the 1997 IFFM. I have spent the last 17 years happily working as a fashion editor, stylist and photographer, directing music videos and shorts on the side, but I am so excited for the two music videos I just directed for Taryn Manning and Rose McGowan, which will be released in the coming months. In the meantime, a little flashback from the archives. Watch the film here.

This entry was posted in Fashion and tagged Director, Filmmaker, Music Videos, Was Once A Girl. Bookmark the permalink.