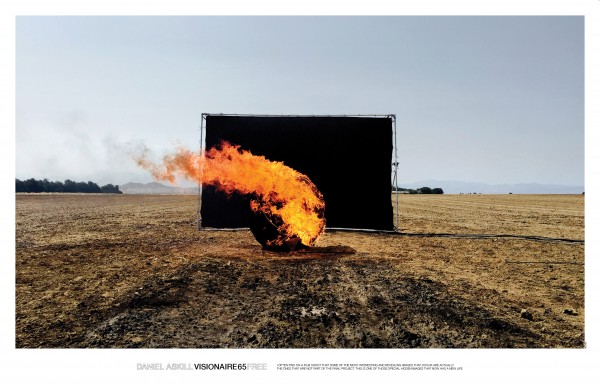 Cinefamily is hosting a three-day tribute to independent film pioneer and legend John Sayles-including a master class on screenwriting co-presented by the WGA Foundation-and continuing through mid-April. UNDERGROUND USA: INDIE CINEMA OF THE 80s is a two month, 40+ film retrospective celebrating the grassroots, punk rock spirit of truly independent cinema during its formative years, which is no surprise as Cinefamily is run by one of our old Bard film school friends, John Wyatt. The full schedule is below the jump. Starting February 22nd through 27th you can swing by the starship CAA building in LA to pick up a free copy of the newest Visionaire issue. Stella Artois collaborated in a three-part partnership with the luxury limited-edition collectible, and have just released the Visionaire 65 FREE issue, which will be given away for free at a public art installation along with CAA. And if that wasn’t enough to do next week, Vanity Fair just announced their Campaigh Hollywood Oscars week events line up, which as usual is stellar.

The Campaign Hollywood 2016 schedule of events:

Makeup Artist Appreciation Spa Day and Luncheon with Lancôme– Thursday, February 25 – Vanity Fair will join Lancôme and Clarisonic for a day of pampering hosted by Vanity Fair beauty director SunHee Grinnell at the Ciel Spa, at the SLS Hotel. Hollywood’s top makeup artists will be treated to Lancôme makeup touch-ups and manicures, Clarisonic facials, and a light lunch at this intimate, invitation-only event to benefit St. Jude’s Children’s Research Hospital.

At Cinefamily…. John Sayles in person at all of the following screenings