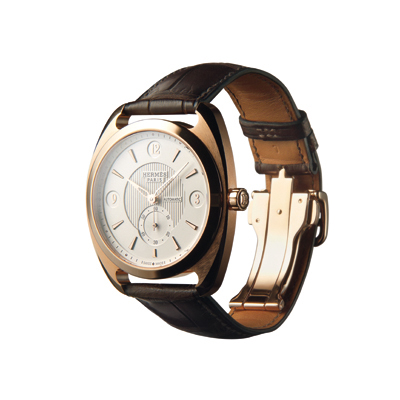 “But daddy I want it NOW!” It’ll never happen, I get it, but I WANT THIS WATCH! I haven’t worn a watch since I was 14 (mine broke and I wanted to see how long I could go without one which turned into years and years and I still don’t wear one but am still always on time). Hermès is releasing its first “in-house” watch line Caliber H1837, named for the year the brand itself was launched. This year Hermès is also celebrating 100 years of watchmaking. Above, the Dressage Petite Seconde in 18-karat rose gold which, they only made 175 of so “limited edition” is an understatement. Beyond.