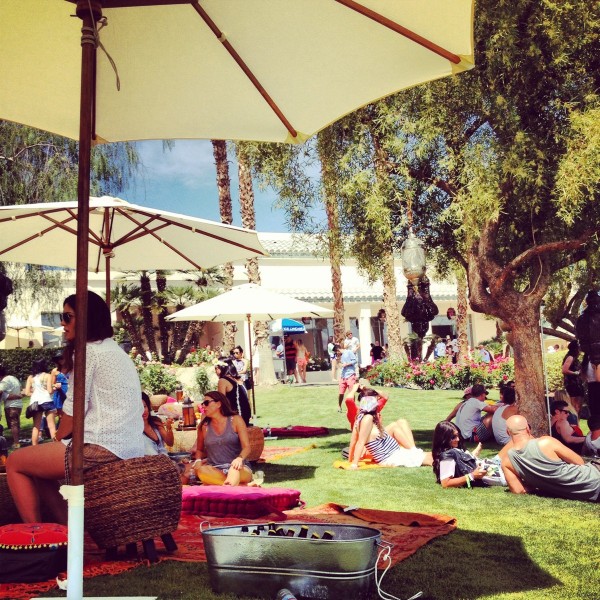 I love the photo my friend Megan Duffy took yesterday of the field we were on for the H&M Loves Music Coachella event at the Merv Griffin Estate in La Quinta. It reminds me of the Georges Seurat painting below, Sunday Afternoon on the Island of La Grande Jatte. Megan nailed it without even realizing it, now that is cool. Below more photos from the party, which was really fun. Santigold, who I LOVE, performed a ton of songs from her new album and her first album which has been out for years now but the songs still sound as fresh and killer as ever. We ran into a ton of friends including my favorite DJ, Michelle Pesce. Thanks H&M for a great day! And thanks Megan for driving us home… 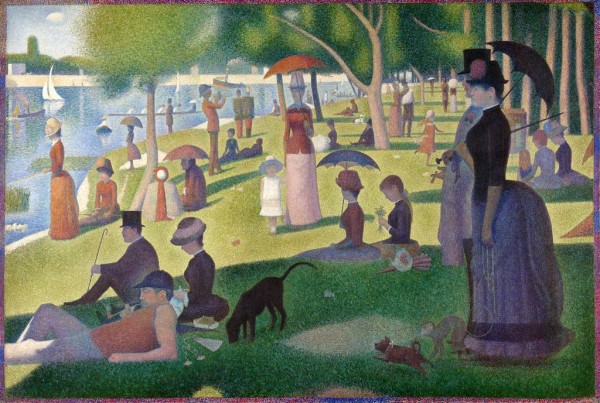 Georges Seurat’s Sunday Afternoon on the Island of La Grande Jatte (*remember the scene in Ferris Beuller’s Day Off when they go tot he museum… I love that scene… it is magical.) 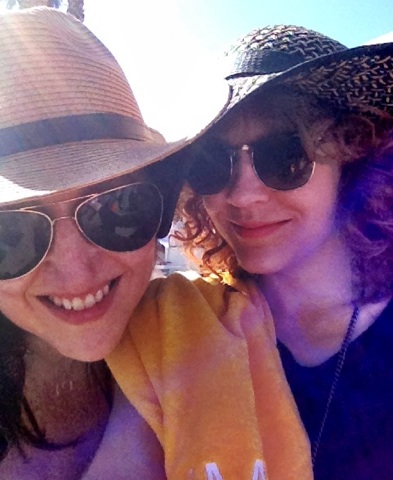 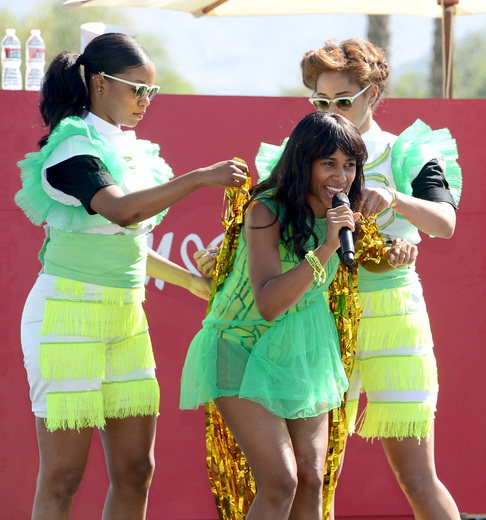 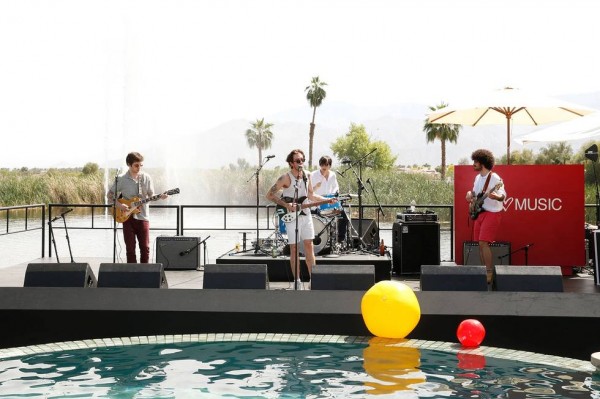 The Dough Rollers played a great set as well. 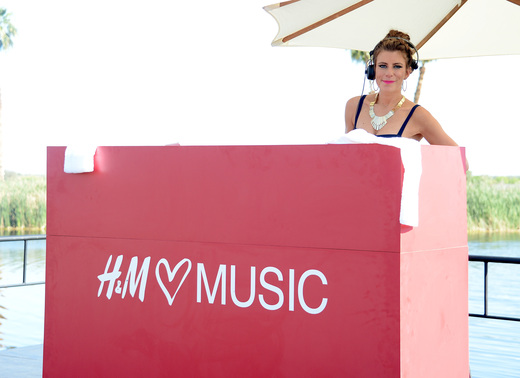 Michelle in her favorite place in the world, the DJ booth… 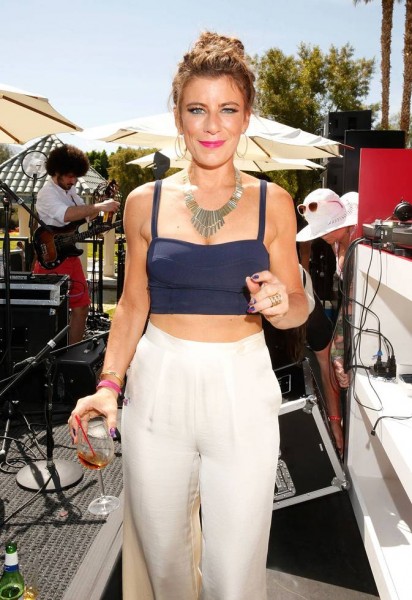 And looking hot outside the booth. 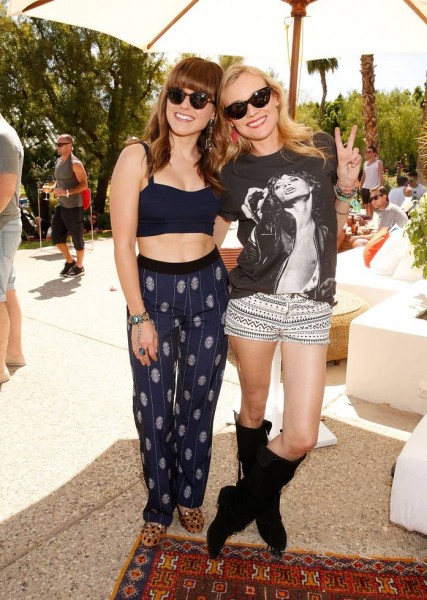 Sophia Bush and Diane Kruger (and our friend Jay photo bombing in the background… nice one Jay!) 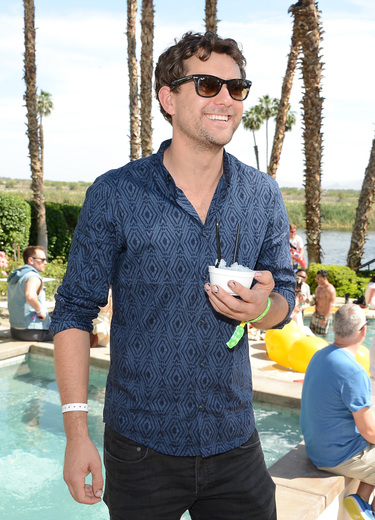 Joshua Jackson… we decided he is insanely hot but since his girlfriend Diane Kruger is like a walking work of art (* see below), there is no shot in hell… 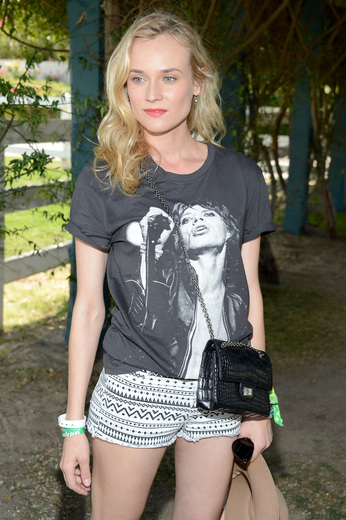 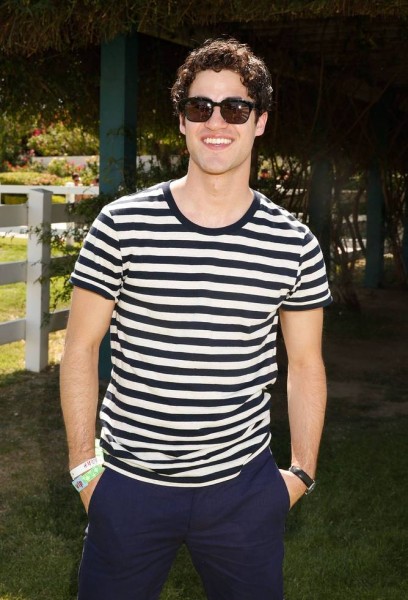 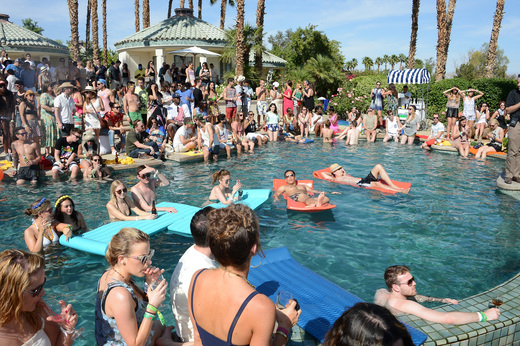 The pool where a lot of the lounging was going on… 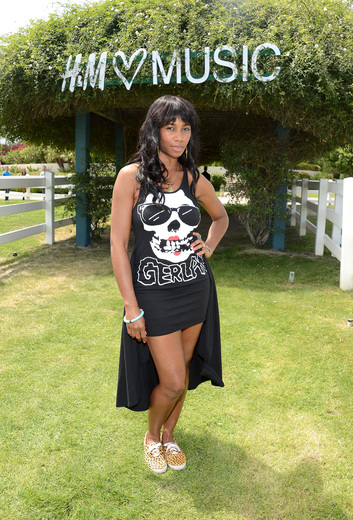 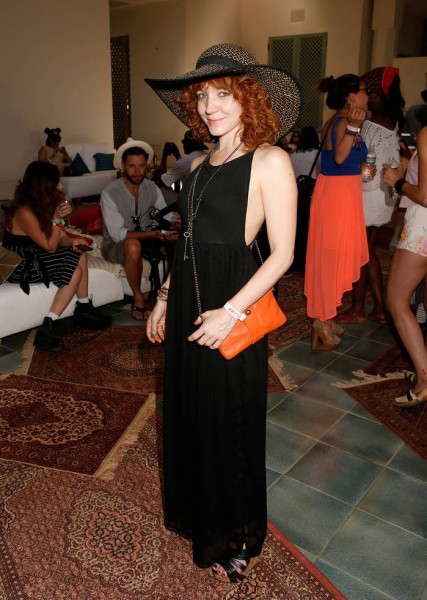 Megan Duffy looking adorable (*she has a film coming out in June, Maniac with Elijah Wood, we are doing a shoot next week so stay tuned for photos…)