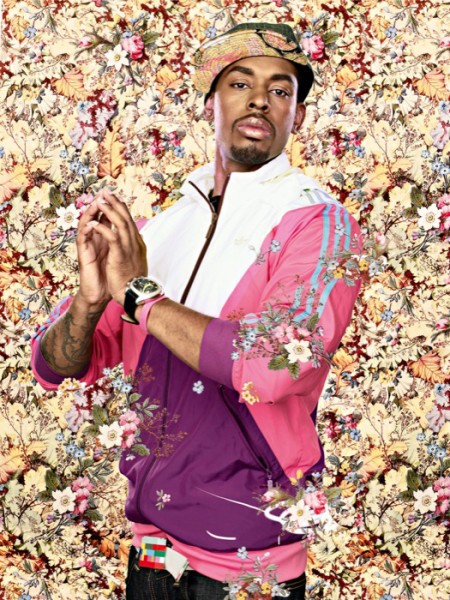 I love Kehinde Wiley‘s paintings and word has it he has finally done a series with women (he usually only paints African American men, always posing in front of these amazing prints that I die for). He is kind of an American version of Russian painters Vinogradov & Dubossarsky to me. For his latest show, which opens May 5th at Sean Kelly Gallery in NY, he’s done a series of paintings of women cast on the streets of the city decked out in Givenchy. He and Riccardo Tisci came up with six dresses for the models, which were apparently inspired by hours spent together at the Louvre. Jeff Dupre made a documentary about the process as well. Amazing. Can not wait to see what they’ve created. An older painting of Kehinde’s above.