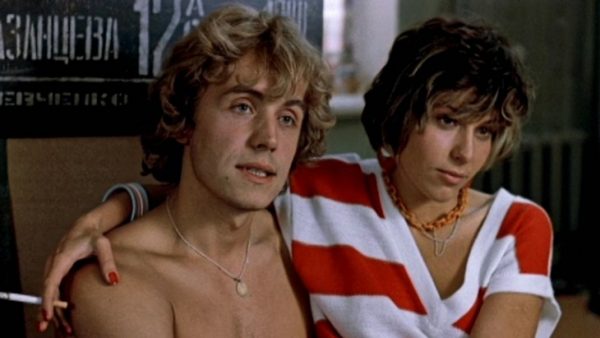 “Making a film is an exercise in hope.” –Vasily Pichul

Sometimes I get nostalgic (now there’s a newsflash) and feel like watching old films that have stuck with me over the years, films that made such an impression at every age I can watch them a 1000 times over and still feel like I’m seeing them for the first time. Included on this list are gems like “Overboard,” “Clueless,” “Lead Shoes,” “Killer of Sheep,” and “Vivre Sa Vie,” all in the same measure (don’t judge). The 1988 film “Little Vera” is among those titles. But when I went online the other day to see if I could find this Soviet New Wave era film in all its full length glory I was shocked and saddened to find the obituary of the film’s director instead. Vasily Pichul, who directed one of my all time favorite films (at age 28!) died in the summer of 2015 at the young age of 54, same age as my dad when he died in Russia. They both had cancer. I am usually pretty aware of death around me but I missed this one and it is making me crave my Soviet childhood more than usual (and when I say that I mean it with every bit of irony it’s intended with, since the Soviets screwed my family royally without the actual royal paycheck). Vasily’s wife, Mariya Khmelik, wrote the script for this brilliant film, which you can watch here.