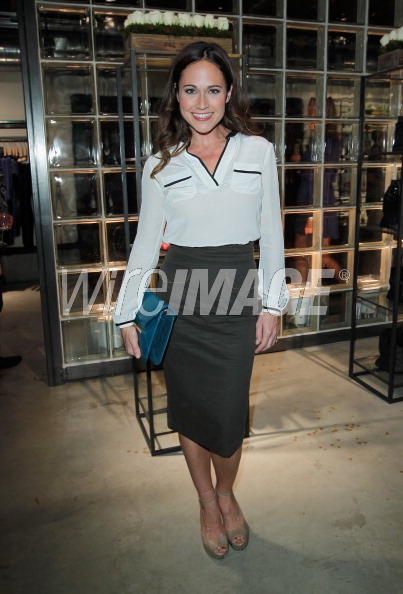 This week has turned into memory lane in the best way possible. After running into an old Bard friend at a film screening earlier this week, I ran into yet another Bardian at the Rag & Bone store opening that Nikki Deloach and I went to last night. The Vogue crowd (including Ms. Wintour, who has been in town this week to host the CFDA Vogue Fashion Fund show and dinner at The Chateau and Bouchon respectively) was all accounted for while Nick Zinner, the said Bard graduate of the night, spun tunes with Karen O by his side. Also amongst the crowd was my old friend Tanja Ruhnke who used to be the gem of the KCD crown in both Paris and NYC, which is where we met back in 1998, but as of March she decamped to the kingdom of Wainwright and Neville. It was great to see that lovely smile of hers. Such a fun night, hurrah for yet another one of New York’s best designers to finally touch down in LA (though that is no longer a surprise as LA is now the place to be…) Nikki wearing a Tory Burch shirt and clutch with a Paul & Joe skirt and Aldo heels above and pics of me and Nikki, who I styled for the night, as well as other shots from the event below. 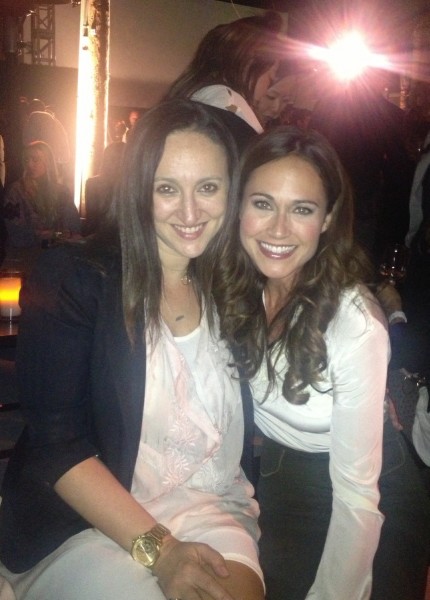 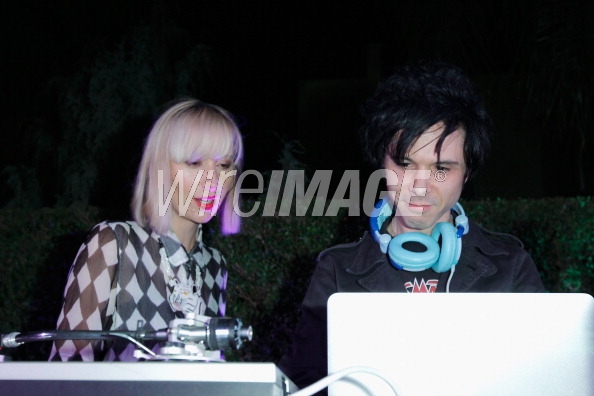 Karen O and Nick Zinner in the DJ booth. Nick was in my graduating class all four years while I was at Bard and we had an overlapping group of friends. He was a photography major and for his senior project went to El Salvador to shoot a series of work which, he traded me a few prints of for a bootleg copy of John Waters‘ first film “The Diane Linkletter Story,” right before we graduated. That was the year I was running the Film Committee at Bard with our friend Albert Height and one of the first things we did was get a print of that short film so we could make copies of it onto VHS for ourselves because it was otherwise insanely difficult to find (yes, I said VHS…) 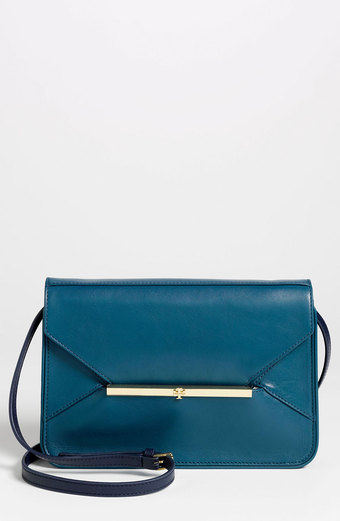 I am obsessed with the Tory Burch clutch Nikki wore last night, especially the color which I loved paired with the contrasting olive green of the Paul & Joe skirt.