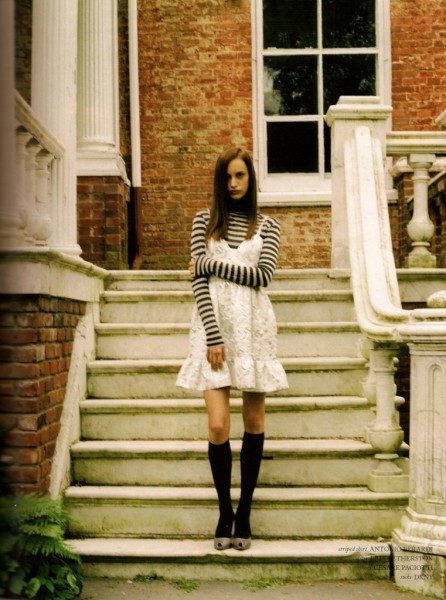 Several years ago, when I was struggling to get out of an admittedly bad and pretty abusive relationship (that I chose to stay in way too long…) I was also trying to regain my footing with work. It was a rough period, in 2005 my mom had been diagnosed with lung cancer and it took her a year to have the required surgery so I chose to drop everything and be with her in Baltimore. Simultaneously my first high school love surfaced from his haze of drug abuse and declared his undying love (very seductive…) and so I literally dropped out, left my NY apartment yet again after returning from Moscow (yet again) and went to Baltimore to help Mom and be with the boy. Mom recovered a year later and I was momentarily forgiven the rebellious daughterly sin of having been absent for all of my twenties when I was too busy traveling for work and living in NY but I got deeper and deeper into a relationship that made me disappear from the world in more ways than one. I left NY and my work behind, and buried myself in helping someone else ‘recover’. It was a mess. In my delusion I thought I was ready to “settle down” and was done working. But at the tail end of it all when I finally started to see the light and dragged myself back to NY (getting out of an abusive co-dependent relationship with a drug addict and alcoholic is like cutting off a limb and I don’t recommend it) I began doing the legwork one does when getting back into the swing of things. An old friend suggested I email the editors of a new magazine called Preen and perhaps do a shoot for them. The photo above is from the resulting shoot which I styled and photographed and some inspired soul somehow found it online recently. It made me feel good to see it this week as I always find myself answering a lot of questions to people about why I do both photography and styling. Although I started my career in fashion as a stylist (even though I’d studied to be a filmmaker) I soon wanted to be behind the camera again because I had gone to art school and was used to creating without any thought to rules, roles or titles. For a couple of years I reluctantly stopped styling and focused on shooting because that seemed to be what everyone wanted me to do and while fashion always talks about breaking the rules in truth not many people actually appreciate it when you do. A few years later other stylists and fashion editors in the industry began shooting as well and I realized how sorely I missed being a full time fashion editor and playing with clothes so I decided to ignore what everyone thought and do what makes me happy which is what I used to do when I was young and didn’t know better. Plus, if there is anything I learned from having Mom nearly die and my ex overdose in my arms, it’s life is short: f**k it. Oh, and as long as I am rambling on, I have always wanted to say THANK YOU to Bridget Foley, my old boss at WWD who, even though she hired me as a fashion editor & stylist, was the first to ask me to photograph my shoots when she saw my work. Her response was very similar to another grand lady I will always love and admire, Polly Mellen, who told me years ago when I was still her fashion assistant “Why aren’t you shooting too? You have an eye…” She didn’t care what the rules were… God bless the ladies who don’t listen to the rules, they make the world a more fun place to live (and work…). And just to be clear, I’ve got no cause for complaints and that’s not what this is about. I love and am grateful for every opportunity I’ve been given and I’ve been given many.

2 Responses to Speaking of Breaking Rules…