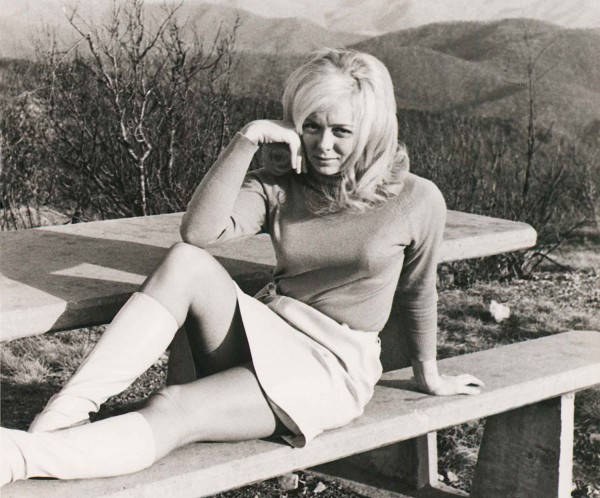 “Sometimes you tell a lie long enough and you start to believe it,” says Joyce McKinney in the first part of the documentary she is the subject of which opens this week on July 14th. It’s hard to tell whom this really applies to in Errol Morris‘s new film “Tabloid” which focuses on Ms. McKinney who was accused of kidnapping an ex-boyfriend while he was on a Mormon mission in England in the 1970’s. The story became tabloid fodder for years and her personal life was gutted and maligned in a way we have become sadly used to in the world we live in now. I have never had this fascination with other people’s personal lives so am still shocked that tabloid journalism isn’t more criminal in the US as it is in the UK where the laws are quite strict protecting people’s private lives. Yes, we all hear stories of celebs and quiet phone calls made to paparazzi when attention is wanted or needed on one side or the other but this is a whole other animal.

The idea that she kidnapped and brainwashed the man involved entirely devoid of his participation is pretty ridiculous to me so it makes it even more horrifying to watch as the men (and it’s all men in the film aside from Joyce), team up against this “hysterical” (as they keep calling her) woman. I mean, aren’t we women always hysterical? That is what women do, right? We become hysterical. Yes, I think I would be pretty hysterical too if someone published nude photos of me that they obtained illegally in a tabloid and the paparazzi wouldn’t leave me alone day in and day out.

Overall, I really liked the film and found it interesting, especially seeing as how timely it is with everything else going on with the tabloids in England, News Of The World shuttering and the phone hacking their staff was guilty of. I didn’t find a lot of it funny although I sensed I was supposed to be laughing at certain parts but I hated the way the men dismissed her and treated her personal life as though it was an open book for their entertainment, which I guess, isn’t news in LA or London. But for me what makes the story really tragic is not some of the delusions on both sides but from the description of the film I read I was expecting a strong, self willed talented woman who didn’t care about rules or societal restraints and in the film what I saw was a woman harassed and beaten down by a circumstance that went entirely out of her control, spiraling into an ugly debacle that essentially paralyzed her for life.