The Punks & The Socialites, A Reunion 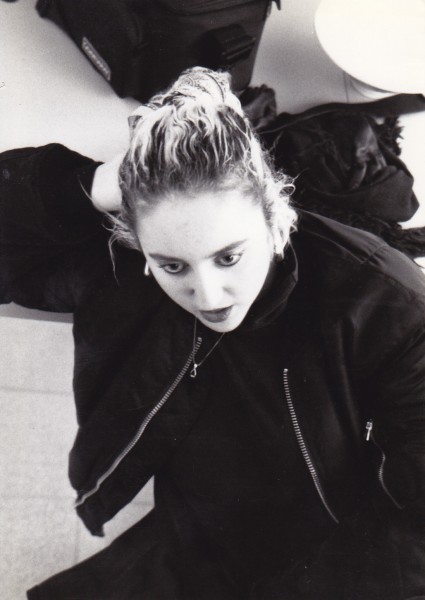 I’ve always had a theory that the fashion world (maybe the world in general) is made up of two camps: the punks/misfits and the cheerleaders/socialites. The punks don’t always dress like they did in the 70s but they lead with risk taking ideas while socialites follow and adapt those ideas to the mainstream. The socialites always look like what you would expect (full disclosure, I dress more like a socialite these days than a punk and love every clean cut minute of it) but this isn’t about what’s on the outside. Steve Jobs was a punk and he wore lumpy sweaters and loafers. As we get older the two teams start to merge and cross pollinate, sometimes successfully (Liz Hurley, punk turned socialite) and other times not (January Jones, a cheerleader who wants to be punk but isn’t on the inside hence all those funky dress choices that never look quite right). But we do need both to function. Tonight’s high school reunion is making me think about all this again.

I was the “artsy” punk girl with the green (sometimes pink, turquoise, black and eventually blonde) hair in high school. I always knew I was on the 1st train out of Baltimore as soon as they handed me my diploma so it’s slightly ironic how excited I am about my high school reunion. Girls in my high school wore Guess jeans and Gucci bags while I was obsessed with vintage store finds and Goodwill bins. I paid zero attention to what the other girls wore and was usually sporting punk band shirts, black leggings, short plaid skirts and always my Bogey skull buckle boots which fell apart sometime mid sophomore year forcing me to switch to what everyone else in my circle wore, Dr.Marten’s three hole lace up shoes (not boots). Fashion was an obsession long before it became my daily life. But I never thought in a million years during that time that I would be watching fashion shows in Milan and Paris a few years after graduation. I honestly thought I would be wearing my Minor Threat tee shirt to my grave. Seriously. One season while I was working as Fashion Director for Russian Harper’s Bazaar I actually went to St.Mark’s Place a few days before leaving for Milan and bought some of the old band shirts I used to wear in high school (that mysteriously disappeared at the end of my senior year… Mom, I know it was you!) with the thought of wearing them during fashion week. I had a quarter life crisis and “saw a Black Flag sticker on a Cadillac”… Check out nostalgia swathed Justin Theroux (DC punk) in all the tabloids recently in his old band shirts.

Life after high school changes drastically until it comes full circle and starts to feel like high school again. The social politics and relationships that shaped us back then pop up again and again for the rest of our lives. Maybe that’s another reason this is all noisily running through my mind right now. Either way, I’m excited to see the class of ’91 tonight. 1991 was the year Nirvana exploded, Truth or Dare was released (ditto Richard Linklater’s Slacker), and the punks and the socialites sort of became friends or more accurately, the rest of the kids deemed it safe to be punk that year and a certain revolution we hadn’t planned just happened. I officially moved out of my Manic Panic days for good that year, which to be fair mattered only to my mother who leaped for joy. Manic Panic may have noticed as well since I was one of those that kept them in business in the 80’s.

I’m not quite ready to release the Manic Panic photos of those years onto the internet so the one above will have to do. Post-punk, pre-Bard and a few years before the fashion world gave me a slight makeover which I really didn’t want to listen to for a lot of years anyway. Though if you ask me now what I prefer, Bogey’s and Dr.Marten’s or Atwoods and Louboutins I think the answer is pretty obvious. But I wouldn’t trade those messy years for anything because in my mind, they laid the platform for the work I do and the world I get to participate in every day. And damn am I grateful I outgrew the way I dressed back then and only kept what really matters: the way I think.

2 Responses to The Punks & The Socialites, A Reunion