The Road To Magic 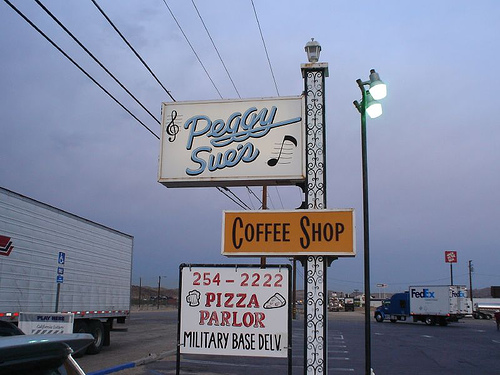 The first time I went to Magic/Project in Vegas was in 2008 while working for WWD. Needless to say Magic was unimpressive, chaotic and filled with, honestly, awful stuff. Project and Pool were the winners that year, where I found some of my favorite young designers. So when I got invited to attend again this year I went hoping for the best and thankfully wasn’t disappointed. Magic has had a complete much needed makeover and Project and Pool are still doing their thing well. The best part though was driving up from LA which is super easy and full of fun stops like Peggy Sue’s 50’s Diner in Barstow (which we discovered last summer on our way to Vegas with friends) and The Mad Greek diner which in my opinion was missing some serious eggplant dishes and had way too much Mexican on the menu to keep it really Greek but was tasty regardless. There’s also some outlet shopping at Tanger if that’s your thing (I went by Ann Taylor and Loft but they’ve also got Coach, Michael Kors, Polo, Aldo, Banana Republic…) And, I did happily find some cool young brands again that I will post about over the next week. I also managed to grab some mussels, fries and wine at Bouchon inside the Venetian where we stayed. I stopped by ENK at the Wynn as well which also had some great young designers and go to staples for buyers. Not bad for 24 hours worth of work.

1 Response to The Road To Magic