We Are All Helmut Newton Now, Daphne Merkin for Elle 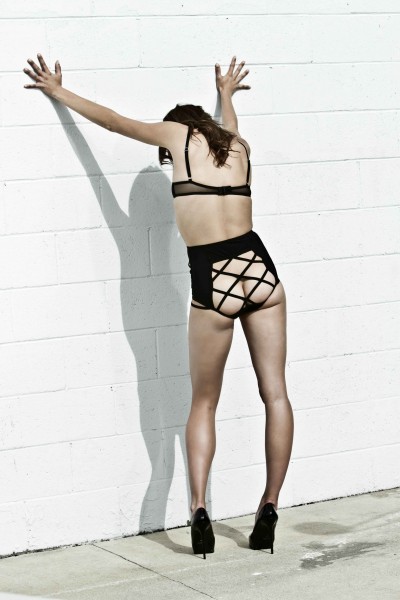 Daphne Merkin has written a really great article in the October issue of Elle exploring the topic dujour, sex, namely BDSM sex. I found her take more interesting than a lot of the other treatises that have surfaced since Fifty Shades became household words. She also wrote an article in 1996, for The New Yorker, where she talked about her own S&M desires, sparking a heated media discussion. When I was 20 I was a member of the S&M club at Bard College, which one of my best friends had started with her husband, another Bard Student, after she transferred in from Sarah Lawrence in our sophomore year (yes, her husband, they were high school sweethearts and got married young). Like Daphne, I also discovered Georges Bataille in college and for my senior film project I used our school “dungeon” for some of the scenes (I love Bard so much!) What I have found when talking to people on this subject as well as the subject of sex in general is that so many men and women in our culture still have a fear of enjoying sex, which pushes them to believe if you’re enjoying sex too much something is wrong with you. Even if the person you’re enjoying it with is someone you love and respect, are monogamous with and have a million other things in common.

Ms. Merkin says brilliantly and accurately, “The insistence on gender equality, which is one of the legacies of women’s liberation, even for young women who are otherwise disengaged from its politics, has put a lid on the articulation of desires that don’t speak to a carefully maintained balance of power within couples.” Sexual satisfaction between two consenting adults is just as important as your life goals, a kind heart, a great mind, a sense of humor and the ability to understand each other (silently and verbally…) Sex matters. And there’s no shame in that. I think that is the most positive thing to come out of all this over sharing and over exposure of our sex lives, which frankly I share Ms. Merkin’s apprehension of simply because I enjoy the subversive nature of creating photographs that silently imply my interest in exploring issues of sex, power, desire and S&M. I love the quiet language of suggestion, the power of subtlety, in the end knowing that “to those who understand, no explanation is needed, and to those that don’t, no explanation is possible.” (I read that quote in Thrasher Magazine when I was in high school and have held onto it ever since with no memory of who said it, though I think it is a modern twist on the Thomas Aquinas quote, “To one who has faith, no explanation is necessary. To one without faith, no explanation is possible.”)

On a side note, I am in awe of the October issue of Elle, they covered so many different issues relevant to women in such a great way, from this article to another one from Hanna Rosin who just penned a book called, “The End of Men,” pondering and analyzing women’s ability to succeed in their careers and the effects being a woman still has on others perceptions of our success, our desire for success and how we go about it. There is also another smart article on the effects of a woman’s voice and how that shapes our successes and failures by Heidi Julavits. Go buy an issue. Britney is on the cover, which is a great read as well. All around one of the best issues of a magazine I have read in a while. And I mean READ. Not leafed through, ripping out the pages with the shoes I want…

Above is a photograph I took in Los Angeles in 2009.