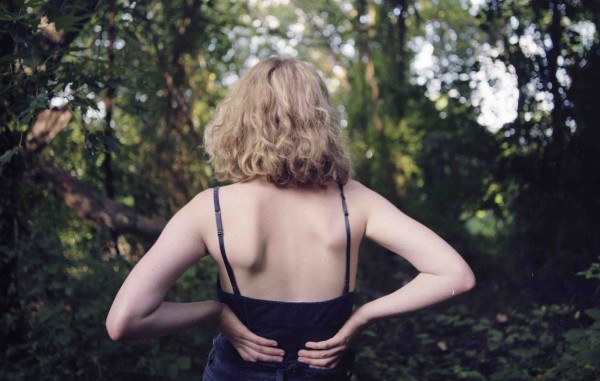 It’s the most wonderful time of the year! Sundance announced its list of films for January. From Robert Redford, “Every great film starts with an idea, and it is a testament to artists that they continually find new ideas, new stories, new points of view and new ways of sharing them, year after year. We look forward to hearing from these artists not just through their words and images onscreen but also through the larger dialogue they create with audiences at our Festival and beyond.'” I couldn’t agree more. When you get up close you realize every film is a small miracle. So excited about this year’s lineup. These are ones I am dying to see. Above, a still from I Used to Be Darker directed by Matthew Porterfield, written by Amy Belk and Matthew Porterfield, about a runaway seeking refuge with her aunt and uncle in Baltimore, (B’more!) starring Deragh Campbell, Hannah Gross, Kim Taylor, Ned Oldham, Geoff Grace, and Nick Petr.

Upstream Color / U.S.A. (Director and screenwriter: Shane Carruth) — A man and woman are drawn together, entangled in the life cycle of an ageless organism. Identity becomes an illusion as they struggle to assemble the loose fragments of wrecked lives. Cast: Amy Seimetz, Shane Carruth, Andrew Sensenig, Thiago Martins. 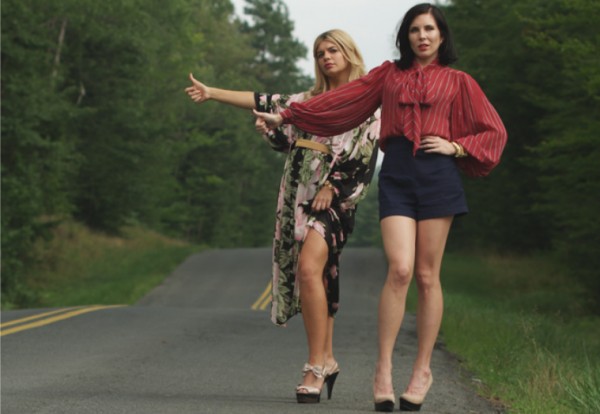 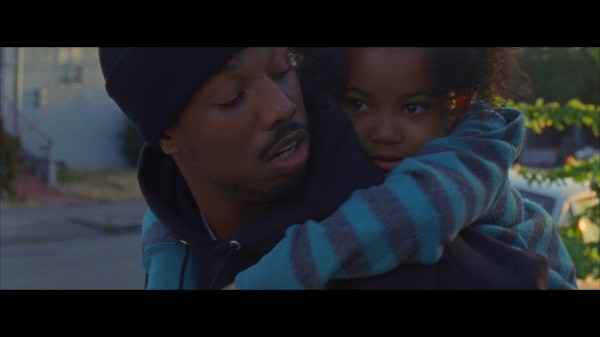 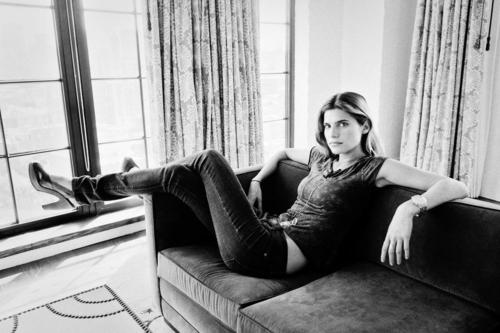 In a World… / U.S.A. (Director and screenwriter: Lake Bell) — An underachieving vocal coach is motivated by her father, the king of movie-trailer voice-overs, to pursue her aspirations of becoming a voiceover star. Amidst pride, sexism and family dysfunction, she sets out to change the voice of a generation. Cast: Lake Bell, Demetri Martin, Rob Corddry, Michaela Watkins, Ken Marino, Fred Melamed. 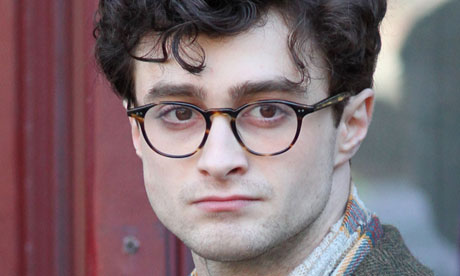 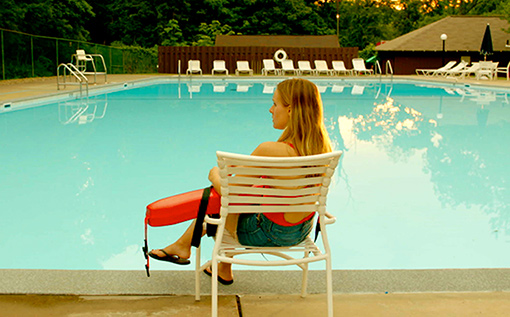 The Lifeguard / U.S.A. (Director and screenwriter: Liz W. Garcia) — A former valedictorian quits her reporter job in New York and returns to the place she last felt happy: her childhood home in Connecticut. She gets work as a lifeguard and starts a dangerous relationship with a troubled teenager. Cast: Kristen Bell, Mamie Gummer, Martin Starr, Alex Shaffer, Amy Madigan, David Lambert. 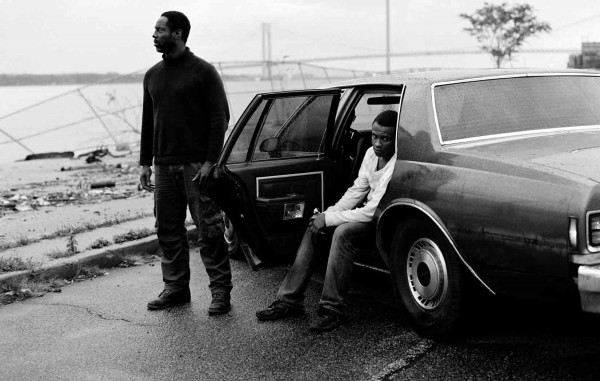 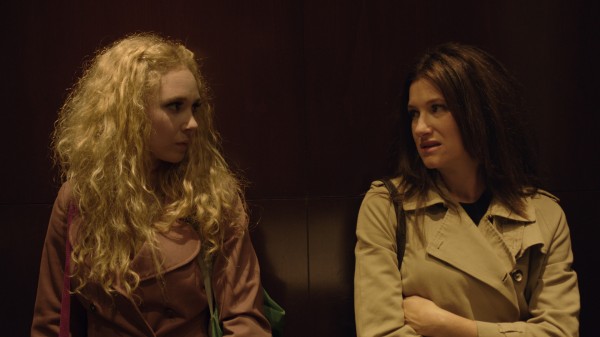 Afternoon Delight / U.S.A. (Director and screenwriter: Jill Soloway) — In this sexy, dark comedy, a lost L.A. housewife puts her idyllic hipster life in jeopardy when she tries to rescue a stripper by taking her in as a live-in nanny. Cast: Kathryn Hahn, Juno Temple, Josh Radnor, Jane Lynch. 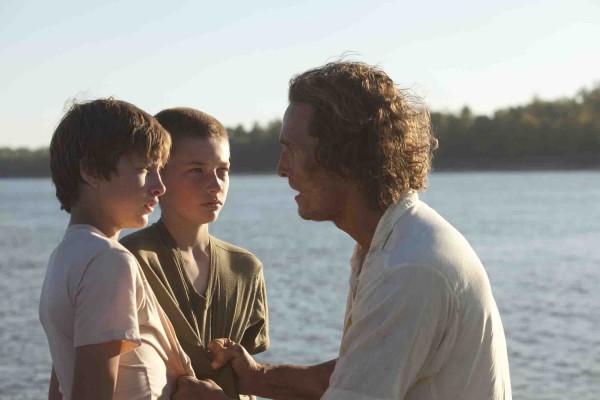 Ain’t Them Bodies Saints / U.S.A. (Director and screenwriter: David Lowery) — The tale of an outlaw who escapes from prison and sets out across the Texas hills to reunite with his wife and the daughter he has never met. Cast: Rooney Mara, Casey Affleck, Ben Foster, Nate Parker, Keith Carradine.

C.O.G. / U.S.A. (Director and screenwriter: Kyle Patrick Alvarez) — In the first ever film adaptation of David Sedaris’ work, a cocky young man travels to Oregon to work on an apple farm. Out of his element, he finds his lifestyle and notions being picked apart by everyone who crosses his path. Cast: Jonathan Groff, Denis O’Hare, Corey Stoll, Dean Stockwell, Casey Wilson, Troian Bellisario. 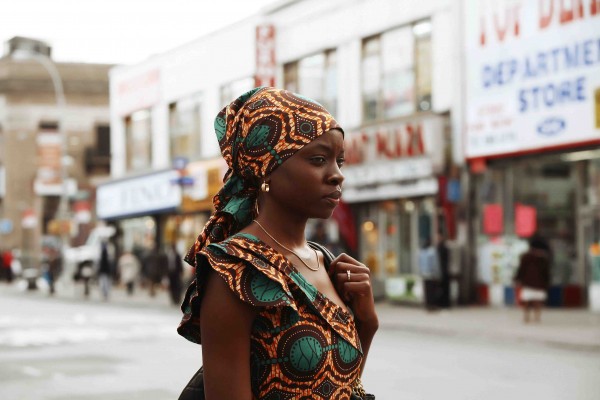 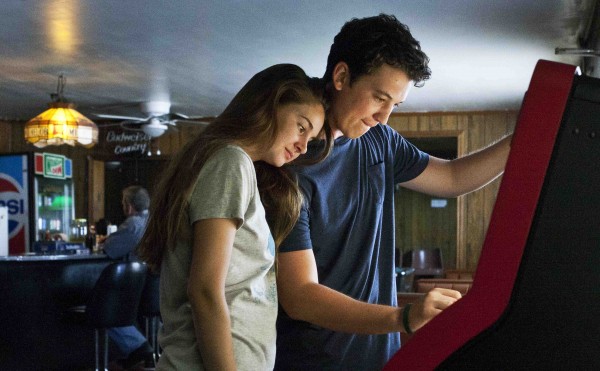 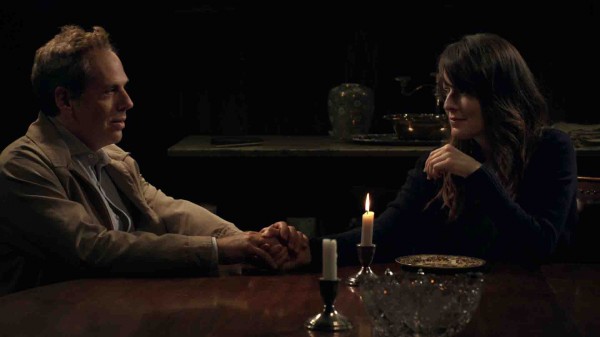 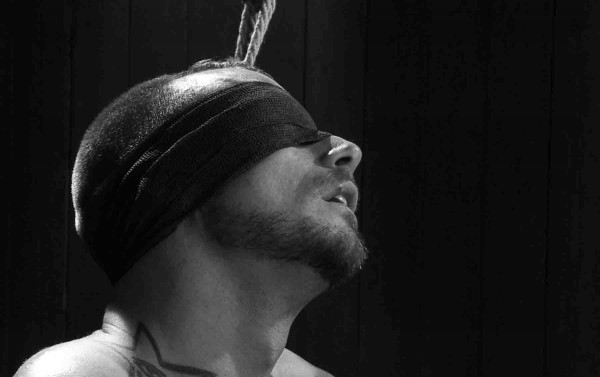 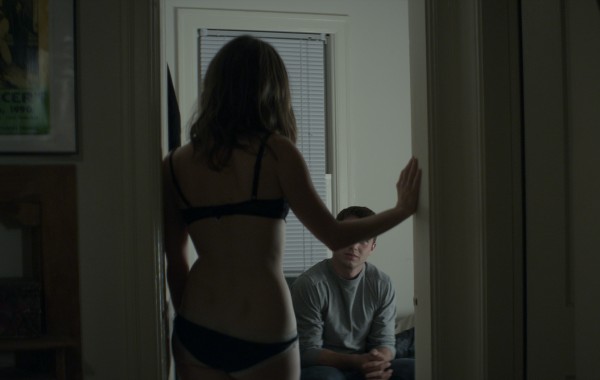 A Teacher / U.S.A. (Director and screenwriter: Hannah Fidell) — A popular young teacher in a wealthy suburban Texas high school has an affair with one of her students. Her life begins to unravel as the relationship comes to an end. Cast: Lindsay Burdge, Will Brittain, Jennifer Prediger, Jonny Mars, Julie Phillips, Chris Dubeck. 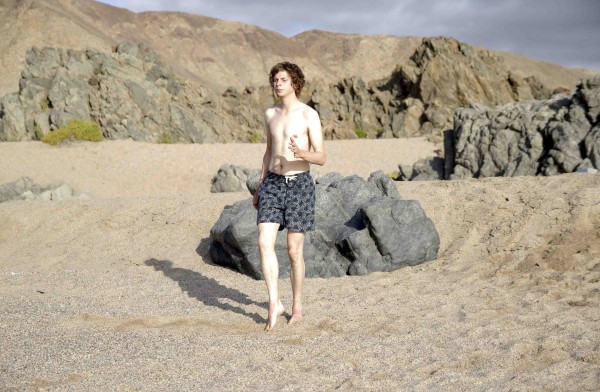 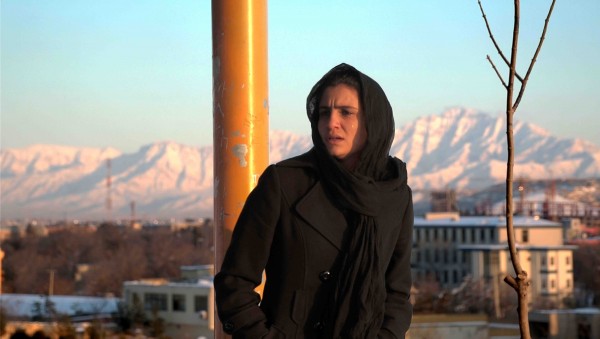 Wajma (An Afghan Love Story) / Afghanistan (Director and screenwriter: Barmak Akram) — A young man in Kabul seduces a girl. When she tells him she’s pregnant, he questions having taken her virginity. Then her father arrives, and a timeless, archaic violence erupts – possibly leading to a crime, and even a sacrifice. Cast: Wajma Bahar, Mustafa Abdulsatar, Haji Gul, Breshna Bahar. World Premiere 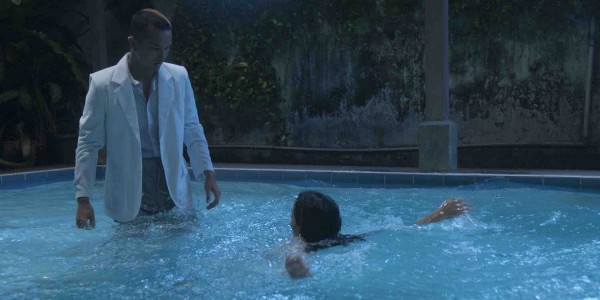 What They Don’t Talk About When They Talk About Love / Indonesia (Director and screenwriter: Mouly Surya) — Mouly Surya’s film explores the odds of love and deception among the blind, the deaf and the unlucky sighted people at a high school for the visually impaired. Cast: Nicholas Saputra, Ayushita Nugraha, Karina Salim, Anggun Priambodo, Lupita Jennifer. World Premiere 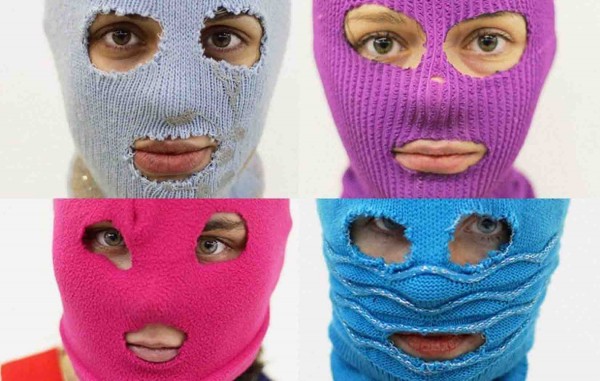 Pussy Riot – A Punk Prayer / Russian Federation, United Kingdom (Directors: Mike Lerner, Maxim Pozdorovkin) — Three young women face seven years in a Russian prison for a satirical performance in a Moscow cathedral. But who is really on trial: the three young artists or the society they live in? World Premiere 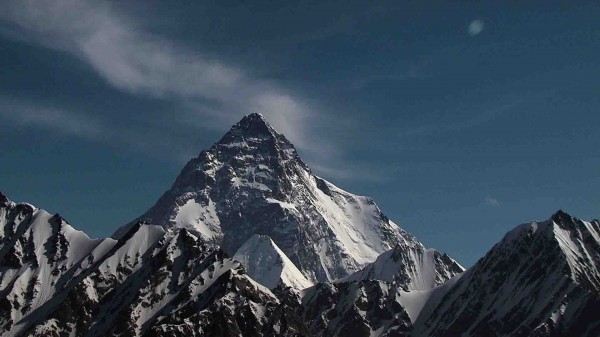 The Summit / Ireland, United Kingdom (Director: Nick Ryan) — Twenty-four climbers converged at the last stop before summiting the most dangerous mountain on Earth. Forty-eight hours later, 11 had been killed or simply vanished. Had one, Ger McDonnell, stuck to the climbers’ code, he might still be alive. International Premiere 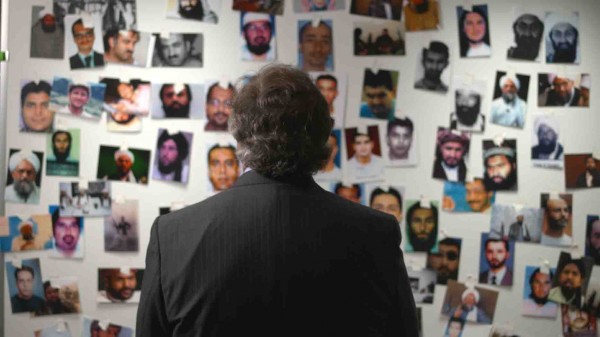 Manhunt / U.S.A., United Kingdom (Director: Greg Barker) — This espionage tale goes inside the CIA’s long conflict against Al Qaeda, as revealed by the remarkable women and men whose secret war against Osama bin Laden started nearly a decade before most of us even knew his name. 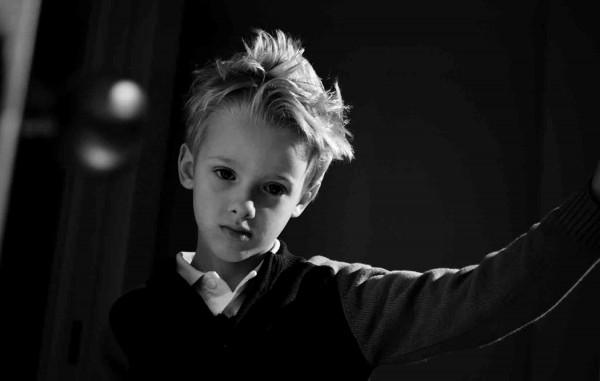 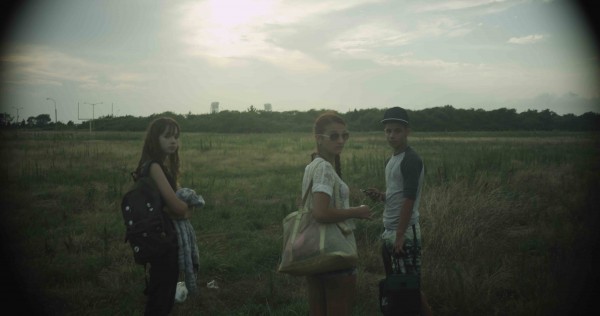 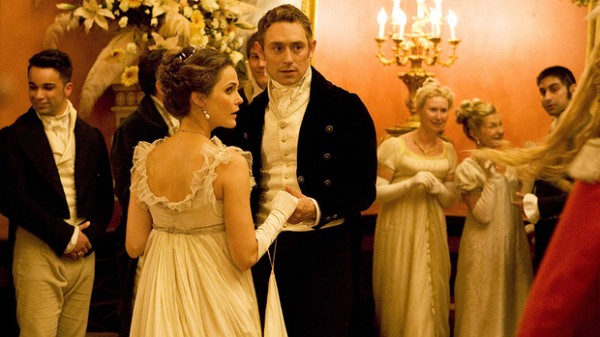