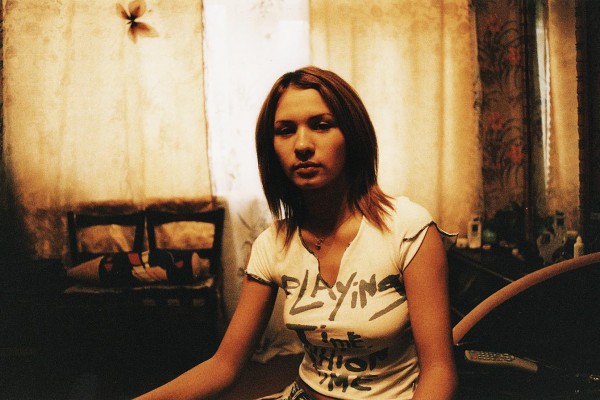 During my last year working in Moscow as a fashion director my eyes started to gloss over a little after all of the fashion weeks and fashion shoots. It’s not that I was bored or ungrateful, I loved my job A LOT, but I got that old urge to explore some deeper issues and dig beneath the surface. As a result, in September of 2004 I started an art gallery with several Russian gallery owners and the painters Dubossarsky and Vinogradov at the first incarnation of the Red October Chocolate Factory galleries at the center of Moscow (this was a few years before Dasha Zhukova and Garage, that space is now completely different from when we began). I also started shooting a series of photographs of Russian strippers in their homes. I only managed to shoot two girls (both 18, which still seems so young to me but that’s how it was) because it turned out to be a lot harder to get the girls to trust my motives, which were purely for craft and in the end I couldn’t really handle the “scouting” process, which obviously involved actually going to the strip clubs. There were times I sensed the girls would have trusted me more if I were a man because they were so accustomed to a man’s approach with whom they felt some sense of power. While with me, since the sexual element was taken out of our dynamic and because I didn’t want to sleep with them, some of the girls I interacted with didn’t seem to understand what I could possibly want from them. The idea of simply photographing them for a portrait seemed unbelievable. And the fact that the concept was to do it in their homes and get a sense of them as just girls was even weirder to them.

I recently watched the reality series from 2010 “Pretty Wild,” in anticipation of Sofia Coppola’s new film “The Bling Ring,” which I want to see and what “Pretty Wild” got me thinking about, aside from how grateful I am for my over protective controlling mom, is how murky our women’s issues have become, which is not really a surprise or news. If you know my fashion work over the years, you also know I don’t have a problem with nudity, sex or a sexy image but I cringed every time those girls got naked in front of those camera men (I am assuming they were mostly men), and especially when the mom started photographing one of her daughters in the bathroom, nude, presumably to submit to Playboy. It felt like such a betrayal for a mom to do that, to give her daughter up that freely to us. And then of course there are the stripper pole scenes throughout. Although I cringed equally at those, and not because I have any issue with stripping if that is really your choice, they got me thinking about what the stripper pole has come to signify, why are there gym classes devoted to strip pole dancing, what is the fascination? It seems the stripper pole has become some sort of sign of ownership; a white female version of cultural nationalism, of taking ownership of symbols and words previously used for oppression. And no, I don’t think stripping is always oppressive but it can be. There is a difference between taking up the pole in Moscow versus LA or NY or Kentucky. The implication of choices is the difference. An 18 year old girl from Moscow may not have the same choices as one in LA or NY or even Kentucky, and that is the difference. While I was in college someone always seemed to know someone who had stripped to pay for school (there was, and I think still is on some level, a sense of empowerment in doing so from certain girls’ perspectives, though I never could have imagined doing it) so stripping was never an evil oppressive tool in my mind, but when I arrived in Moscow and would occasionally attend a strip club with some of my male expat friends “for fun” I started to see the other side of it and that is what I wanted to compare and explore in this series. Of course, once you spend some time in any strip club, regardless of location, it all feels oppressive, for the women AND the men, but that was my intent. And nudity was not necessary or relevant and in the end when I did exhibit some of these photos I chose not to show the nude photos because that wasn’t what was interesting for me. It was the sense of balance and power that being nude or fully clothed seemed to give the girls, and to me while I was shooting. And there was power in both, the girls had power while stripping, even though they may not have had it in their daily lives, and yet at times they seemed more vulnerable in their own clothes. Or so it seems. 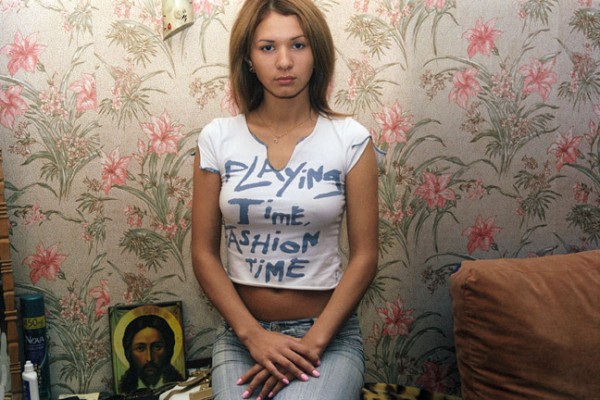 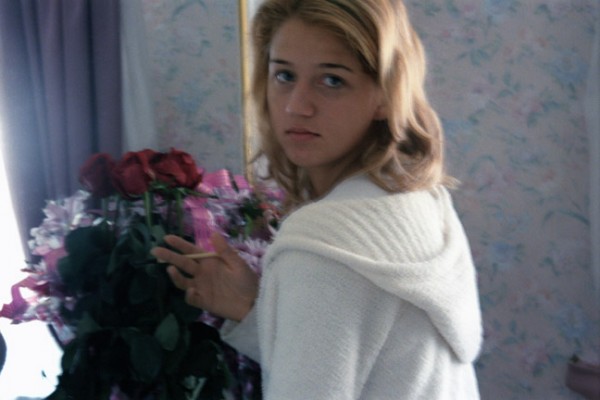