Feminism (*This Was a Scary Essay to Write) 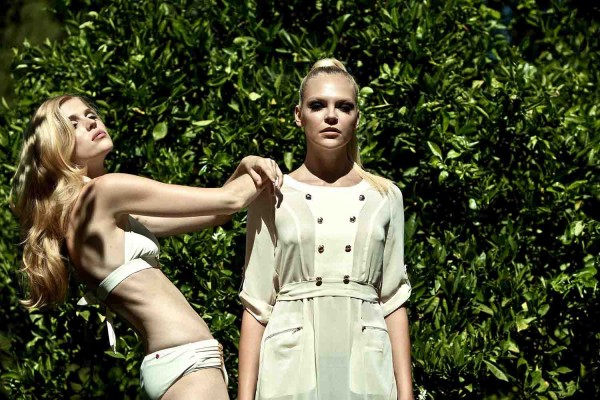 My first reaction three pages into chapter one of Sheryl Sandberg’s book “Lean In” was tears. Yeah, I know. Classic over emotional woman. And I wasn’t even PMS’ing! Let me be frank, I have felt like a bit of an outcast for most of my life, especially when I was growing up. I was considered a little strange, especially in the way I thought about the world and how I saw myself in it as a girl and later a woman. I was “independent.” My mom likes to tell a story about us visiting her mom in Kiev, Russia when I was two and 1/2 years old and how I walked off on my own from the house and they couldn’t find me for a couple of hours. Finally, my frantic mom found me wandering around an outdoor market a few blocks away. When I was in high school I didn’t dream of getting married (though there was always some guy I was madly in love with), instead I dreamed of making art and films and running off to New York the first chance I got. I didn’t have to think twice about breaking up with the guy I was dating when offered the chance to move to Moscow and work for Russian Vogue at age 26. Like some of the women Ms. Sandberg writes about in her book, I would easily describe myself as ambitious and willing to take risks at any age, even now. My goals for my life were mostly work related, with dreams of fashion design, filmmaking, music and taking over the world (creatively and peacefully, of course). No one ever told me I should think of being or doing anything less (thanks Mom!) All of these things have resulted in amazing life changing adventures that I wouldn’t trade for anything but for the most part I’ve done a lot of them alone, figuratively and metaphorically.

I knew at an early age the path I was going to take was not the usual one but I didn’t know what the cost would be and like everyone else I am still figuring it all out. Although my mom raised me as a single mom, leading me to believe I could do anything on my own, I remember a conversation I had with her during my sophomore year at Bard, when she kept pestering me about when I was going to find a boyfriend or a husband (!!) which was the farthest thing from my mind at the time. I had always believed I didn’t need a man, which is how I thought my mom was raising me intentionally. Don’t misunderstand, I LOVE men, and I definitely need one in my life but as far as my younger self was concerned, I could do anything without one too. It wasn’t an either or dilemma, I wanted it all. 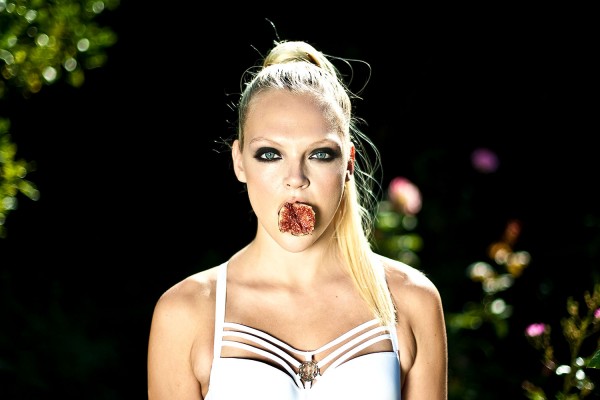 After going for every goal I had while growing up, I learned sometime in my late 20s that as a woman, I apparently talked too much. After taking a film crew to Russia to shoot my first feature film at 24, and landing my dream job at Conde Nast without connections or introductions at 25, I was not “hard working,” “motivated,” or “successful,” but “difficult,” “aggressive,” and “pushy.” “Pushy” has always been my favorite one, when was the last time you heard a man get called “pushy” at work? I learned to keep my accomplishments to myself, to not take credit for them, to hide the things I was good at from certain people so they wouldn’t accuse me of bragging or being “arrogant”. By the time I was thirty some people knew me as a magazine editor, some as a photographer, and some as a stylist even though I had done all of those things simultaneously for years but there were people who repeatedly implied that it was my ego which made me think I could do all three, not actual skills. What I started to reluctantly understand was the same rules did not apply to me as a woman; although I was raised to believe I could do anything what I learned when I started working professionally was the more I tried to accomplish the more the reaction was, “who does she think she is?” I kept going, doing the things I love to do creatively, but I would be lying if I said it didn’t affect me or make me start questioning myself and some of the choices I made. That said, I wouldn’t change much because this path has been incredibly fun and amazing in a million more ways I could have ever imagined and everything in life should be eye opening.

In recent years I have come full circle, to again not be afraid of being exactly who I am wherever I am. When I was young the fearlessness came from not knowing certain rules and expectations but now it comes with age and experience, and an understanding that while there is a double standard, and it may affect us on a daily basis, it doesn’t beat us. Lately I have been trying not to phrase my sentences as questions. They say women do that and I became fascinated by it so have made it a goal for myself. Women often raise their voices an octave regardless of what we are saying so it becomes a more passive way of stating something, less threatening, more “lady like”. We don’t even realize we are doing it. Try it.

As I devoured Sheryl Sandberg’s book the other night, I cried more than once because it felt good to be reminded we are not alone. That it’s okay to want these things, it’s okay to be who we are, whatever that means and whoever we are. And most importantly, it is imperative that we pick up the feminist ball again and pass it around to each other. We need to have each other’s backs, which is something the women in my life, thankfully, are great at doing. I am surrounded by talented, smart, incredibly supportive and successful women and I am so proud to be in their circle, and thrilled we get to do what we do. I am a feminist like all the women in my life, whether they are stay at home moms or moms with three jobs or jobs and no kids, we all deal with the same issues in different forms. Let’s be nice to each other. It’s not that hard. 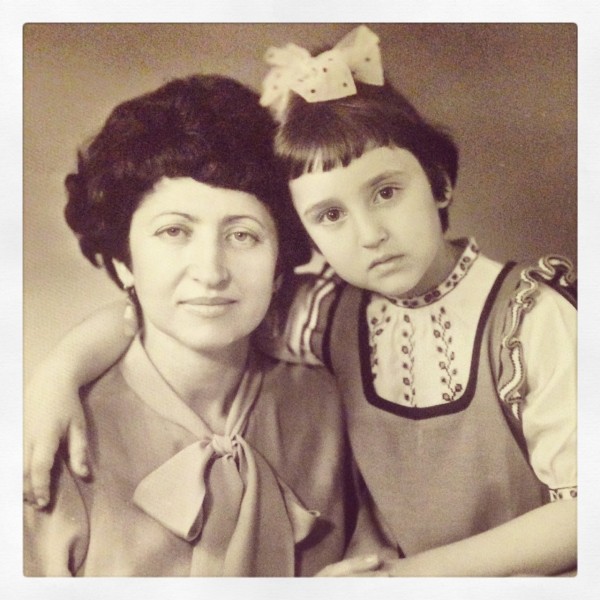 Mom and I in Moscow, the fall of 1979, right before we emigrated from the Soviet Union to the US. No one was in the mood to smile. If I’m doing the math right, she’s about my age now in this photo. The first, but not the last, important feminist in my life.