Kate Bolick, All The Single Ladies, The Atlantic 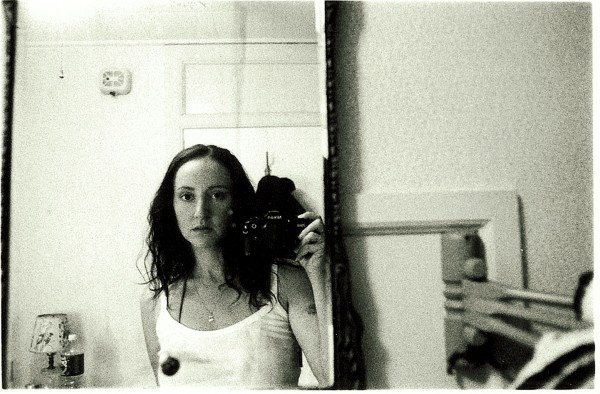 I think Kate Bolick is quite possibly my soul mate. Not romantically but spiritually. She just wrote this amazing article in The Atlantic that sums up how I have felt for years and maybe why I am still single. Like Kate, I am also 39 and a lot of what she writes could have been lifted straight from my own thought feed. “Do I want children? My answer is: I don’t know. But somewhere along the way, I decided to not let my biology dictate my romantic life.” I have been voicing that for years. When I went off to college I was in love with a boy but it never occurred to me to let that dictate not going or not moving forward. I always placed my work and my dreams ahead of any thoughts of marriage or kids even though I want both (but am also fine with however it works out). It wasn’t my priority and I knew from a young age that I wanted to live a life outside of those expectations and then to maybe return to them in my 30’s and 40’s. But work and other dreams were first. That was always the plan. Bolick talks in depth about how the cultural landscape has changed along with “the shrinking pool of marriageable men”… The disappearing generation of good men, ones that are not “deadbeats or players,” which as a lot of women in NY or LA will tell you sums up the whole of our dating lives. Anyway, it’s a brilliant article and I’m in awe that someone finally composed a coherent summary of all of it. Read the whole article, it’s worth the read and in the meantime, a sample of the genius tidbits below including one on the men she has dated (which sounds all too familiar)…

“Take the high-powered magazine editor who declared on our first date that he was going to spend his 30s playing the field. Or the prominent academic who announced on our fifth date that he couldn’t maintain a committed emotional relationship but was very interested in a physical one. Or the novelist who, after a month of hanging out, said he had to get back out there and tomcat around, but asked if we could keep having sex anyhow, or at least just one last time. Or the writer (yes, another one) who announced after six months together that he had to end things because he “couldn’t continue fending off all the sexual offers.” And those are just the honest ones.”

“Just as the decline of marriage in the black underclass augured the decline of marriage in the white underclass, the decline of marriage in the black middle class has prefigured the decline of marriage in the white middle class. In the 1990s, the author Terry McMillan climbed the best-seller list (and box-office charts) with novels like Waiting to Exhale and How Stella Got Her Groove Back, which provided incisive glimpses of life and frustrated romance among middle-class black women, where the prospect of marrying a black man often seemed more or less hopeless. (As she writes in Waiting to Exhale: “[Successful black men have] taken these stupid statistics about us to heart and are having the time of their lives. They do not hold themselves accountable to anybody for anything, and they’re getting away with murder … They lie to us without a conscience, they fuck as many of us at a time as they want to.”) Today, with the precipitous economic and social decline of men of all races, it’s easy to see why women of any race would feel frustrated by their romantic prospects. (Is it any wonder marriage rates have fallen?) Increasingly, this extends to the upper-middle class, too: early last year, a study by the Pew Research Center reported that professionally successful, college-educated women were confronted with a shrinking pool of like-minded marriage prospects.”

“When I embarked on my own sojourn as a single woman in New York City—talk about a timeworn cliché!—it wasn’t dating I was after. I was seeking something more vague and, in my mind, more noble, having to do with finding my own way, and independence. And I found all that. Early on, I sometimes ached, watching so many friends pair off—and without a doubt there has been loneliness. At times I’ve envied my married friends for being able to rely on a spouse to help make difficult decisions, or even just to carry the bills for a couple of months. And yet I’m perhaps inordinately proud that I’ve never depended on anyone to pay my way (today that strikes me as a quaint achievement, but there you have it). Once, when my father consoled me, with the best of intentions, for being so unlucky in love, I bristled. I’d gotten to know so many interesting men, and experienced so much. Wasn’t that a form of luck?”

“Everywhere I turn, I see couples upending existing norms and power structures, whether it’s women choosing to be with much younger men, or men choosing to be with women more financially successful than they are (or both at once). My friend M., a successful filmmaker, fell in love with her dog walker, a man 12 years her junior; they stayed together for three years, and are best friends today. As with many such relationships, I didn’t even know about their age difference until I became a member of their not-so-secret society. At a rooftop party last September, a man 11 years my junior asked me out for dinner; I didn’t take him seriously for one second—and then the next thing I knew, we were driving to his parents’ house for Christmas. (When I mentioned what I considered to be this scandalous age difference to the actress Julianne Moore after a newspaper interview that had turned chatty and intimate, she e-mailed me to say, “In terms of scandalously young—I have been with my 9-years-younger husband for 15 years now—so there you go!”)”

This entry was posted in Media/Publishing and tagged All The Single Ladies, being Single in LA, Being Single in NY, Cultural debate, Dating, Kate Bolick, Love Life, Marriage, Single Dating, Single Women, The Atlantic. Bookmark the permalink.

2 Responses to Kate Bolick, All The Single Ladies, The Atlantic