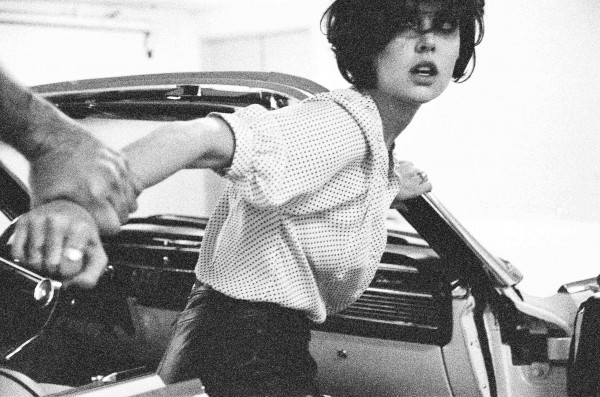 Well, it’s about time. Finally the next generation is picking up the slack and things are coming full circle. We knew it was only a matter of years before the smart gals of the generation behind us rebelled against certain reality stars known for their talents in procuring sex tapes and I am thrilled to have discovered The F Bomb via NPR last week. I can’t count how many time I’ve had the baffled conversation with friends about how a certain reality star has managed to capture so much attention here and abroad without any skills or education or real talent to offer the world. And I am sorry if that sounds like an attack, it is most certainly not personal but the reality is that there is no shot in hell I would ever allow my daughter to watch and admire some of the women that are presented as role models to young girls today. So I am happy and excited that there is someone young saying all these things that need to be said. Because the other reality is that while many things have changed in our culture so many have stayed the same in regard to equality and the way women are portrayed. To be a smart, driven and ambitious woman today is to still find yourself labeled difficult or a bitch; to have opinions and strength labels you angry and pushy; and to have a voice makes you loud and unbearable. So kudos to Julie Zeilinger of Barnard College Class of 2015 for talking about it. Well done. Speaking of inequality, there is an article on Style.com that went up a few weeks ago that is worth reading and took me by surprise. Not because of the subject matter but the fact that someone is actually talking about how lopsided the male to female ratio is in the fashion design world and it is certainly not for lack of talent. Women in fashion play an interesting role, on the one hand the business of fashion is for the most part done for us. Most magazine editors are women and a large portion of the conusmers are women as well so it would be logical to assume that women would dominate the design sphere. Ditto fashion photography which is still held mostly by men (take a look at Art Partner‘s photographer roster, not a single woman on that list… Giovanni, you know I live for you and will continue to campaign to change that for my own selfish reasons but I have to point it out too). Much like the other “isms” that exist in our world people rarely want to talk about sexism but it still exists on so many levels. Men continue to get away with so much bad behavior while women get chastised for being too good at something or having the nerve to think we are good at anything. Anyway, without turning this into a rant because we know we’re never supposed to be angry lest we be pegged “emotional” or “unstable” I will leave it at that and let you draw your own conclusions. And notice I haven’t used the word “feminism” even once above… hence, “The F Bomb”.

2 Responses to The F Bomb