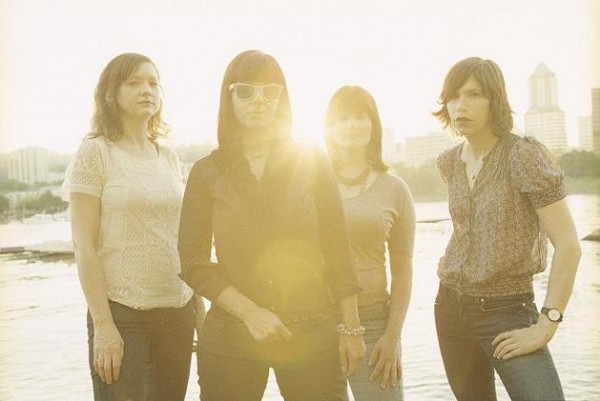 Wild Flag is Carrie Brownstein, Janet Weiss, Rebecca Cole, and Mary Timony. They all have deep seeded roots in the music scene, most notably Sleater-Kinney (Weiss) who was the epitome of the Riot Grrl scene in Seattle in the 90’s. They just released their debut album on Merge Records which is packed with great guitar riffs and beats. Brownstein is also on the show Portlandia which I am beyond obsessed with. One of the funniest things on television right now. Love this reunion of great musicians in one place. Photograph above by Portland-based John Clark.