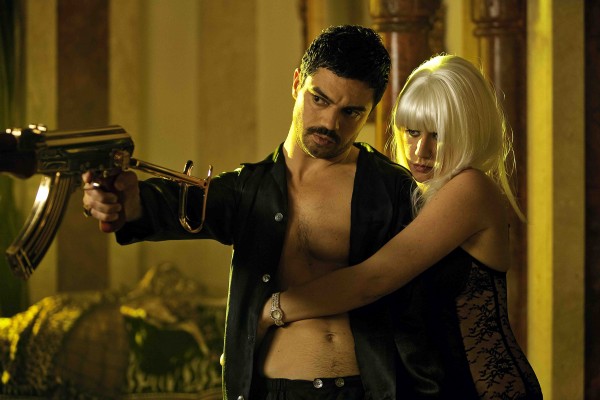 My favorite film at this years Sundance festival is Devil’s Double directed by Lee Tamahori. I saw it Sunday night and it was absolutely phenomenal. Beyond. I got to wax poetic about how much I loved it to the lead actor himself, Dominic Cooper, last night at the Carrera party. Dominic plays both Saddam Hussein’s son Uday and the Iraqi army officer Latif Yahia who was forced to be Uday’s body double for a stretch of time starting in 1987. Uday was a notorious sociopath who committed countless rapes and murders in full view of many witnesses that were powerless to stop him. Ludivine Sagnier stars in this as well. Fantastic film. And Dominic has the sweetest British accent in real life too…. Yum.