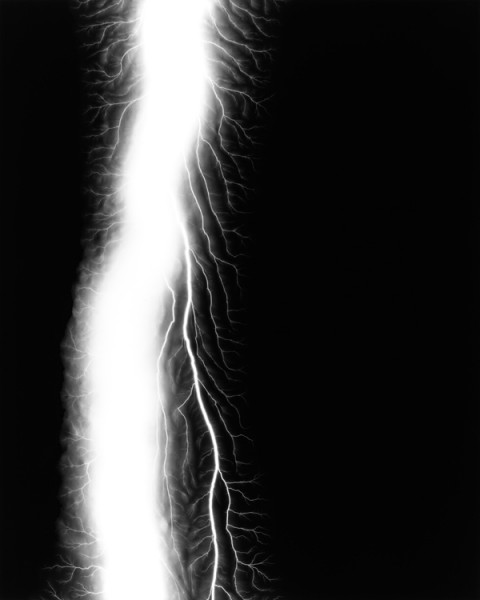 Hiroshi Sugimoto‘s show of new photography, The Day After, opens at Pace Gallery on Friday November 5th in New York. The first and third galleries will feature the 2009 Lightning Fields series including nine 58 3/4″ x 47″ single works and two diptychs, each measuring 58 3/4″ x 47’ and now considered Sugimoto’s largest photographs. Sugimoto radically created the Lightning Fields through a method that did not involve the use of a camera. Instead, in his darkroom, he relied on 400,000 volts of electricity produced from a Van der Graaf Generator and various electrical discharge devices of his own design. Opening at The Pace Gallery, 545 West 22nd Street NYC.

This entry was posted in Uncategorized and tagged Hiroshi Sugimoto, The Pace Gallery. Bookmark the permalink.