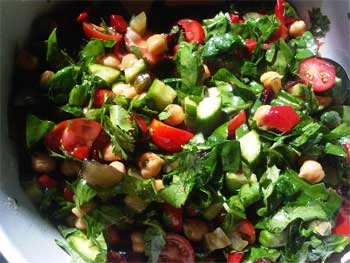 Today is going to be a foodie day. A friend of mine suggested a while ago that I occasionally share some of my recipes here which I thought was funny but I have been obsessed with this salad I threw together a few months ago. It’s super simple, takes five minutes to prepare and it’s what I live off of at lunchtime lately. The measurements are estimates, as anyone that has ever seen me cook knows I don’t measure anything, so take the ones below with a grain of salt (no pun intended).