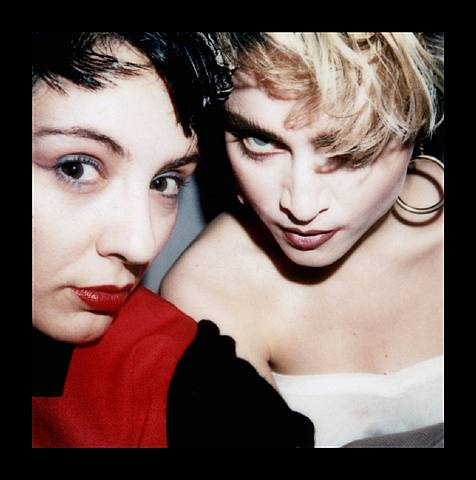 Maripol styled Madonna’s legendary Like A Virgin album cover and created an entire aesthetic and style that she never quite benefited from. She went to the legendary Beaux Arts school in Paris before coming to NYC to change the world of fashion, music and style. Maripol did her first rubber jewelery collection in 1978 while an Art Director for Fiorucci and only a few years later put those rubber barcelets on Madonna along with the crosses and other jewelry that defined Madonna’s look for so many years. She is also a well known photographer and filmmaker. Check out her book of polaroids from the 70’s and 80’s called Maripolarama published by Powerhouse books. And if you haven’t seen the legendary documentary film Downtown 81 that Maripol produced and Edo Bertoglio directed (Glenn O’brien wrote it) put that on your to do list ASAP. Her new book of drawings and photography, Little Red Riding Hood came out on September 30th.