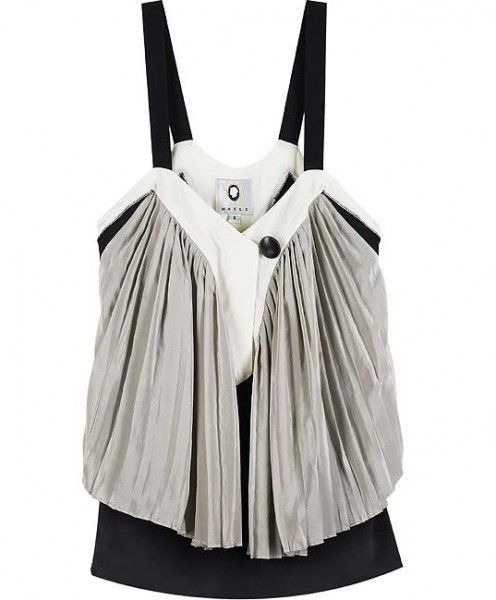 I actually bought a Mayle dress back in 2007 so when New York designer Jane Mayle decided to leave the fashion world in 2008 it came as a surprise for fans of the young Mayle line. Jane didn’t disappear for good thank goodness and has been slowly resurfacing. She recently did a capsule collection for the Sigerson Morrison Upper East Side store which included over 30 pieces with coats, dresses, handbags, and boots. The collection hit their 19 E. 71st Street store on September 22nd so undoubtedly there is nothing left of it now. But tomorrow Mayle is back again momentarily with a pop-up store in LA. The mini boutique will be open December 2nd thru 12th with a special limited edition Holiday 2010 collection, Kamikaze Full of Love. 8432 Melrose Place, West Hollywood.