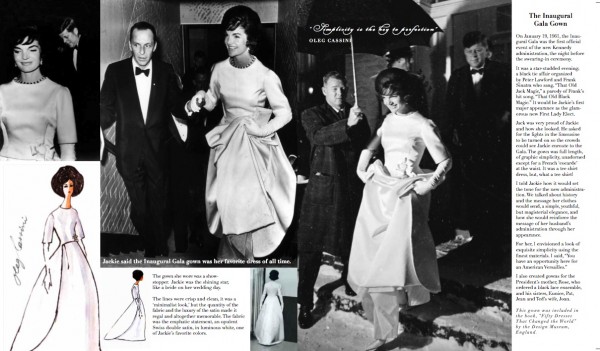 I got a surprise in my mailbox yesterday… A beautiful hardcover copy of Oleg Cassini‘s new book The Wedding Dress which is being released by Rizzoli New York in January 2011 with over 400 amazing photographs. From Hollywood to the White House, Cassini’s designs are synonymous with some of the world’s most glamorous women, including Jacqueline Kennedy, Grace Kelly and Marilyn Monroe. Known as the ‘Secretary of Style’ for America’s First Lady Jacqueline Kennedy, she famously stated ‘Oleg dressed me for the part.’ Cassini’s trendsetting looks for Jackie included the infamous Empire Strapless dress that has become the predominant choice of today’s brides. Nothing like old school glamour, just in time for the holidays and buying great gifts.