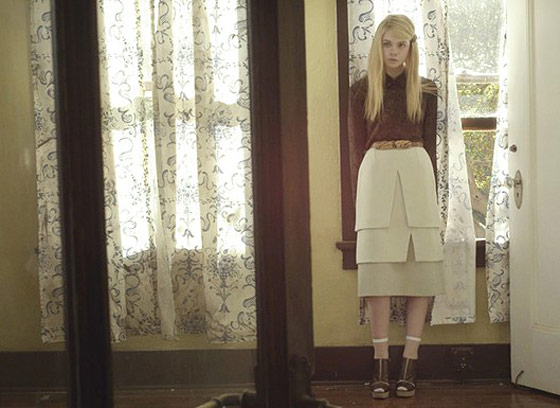 There has been a slew of short fashion films this past year and the latest comes from Kate and Laura Mulleavy at Rodarte and stars Elle Fanning, who is pretty amazing and was the best thing about Sofia Coppola’s film “Somewhere”. The Mulleavy’s short film features Elle wearing designs from Rodarte’s Spring Summer 2011 collection and is directed by Todd Cole with a soundtrack from one of my favorite bands, Deerhunter. “The Curve of Forgotten Things” will premier on Nowness.com Tuesday February 8th.