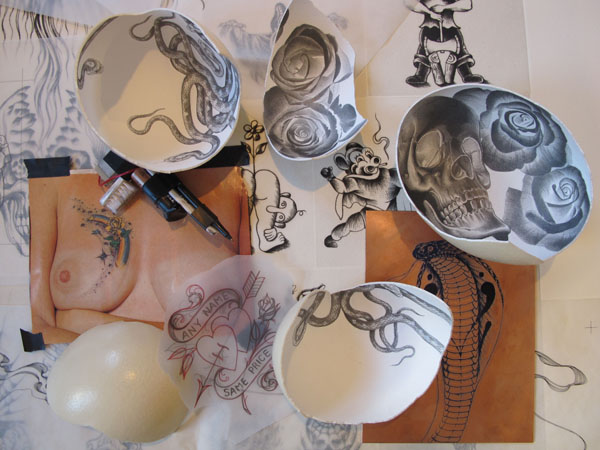 Scott Campbell has a new show opening at OHWOW in LA next month. I met Scott years ago, in 2001 I think when he was still working at a shop in the West Village before he became “Scott Campbell” but while he was already one of the most talented tattoo artists I had ever met. I was lucky enough to have him do that beautiful piece on my back, which turned out to be the best work I have and definitely my favorite. The Russian script is my mother’s handwriting (the word ‘monkey’ which was what my dad used to call me) and the image of the sunflower is taken from one of my favorite Russian books… all an homage to my dad who passed away in September of 1999, the same week Polly Mellen retired and I got my first big job as Fashion Editor of Russian Vogue. I had the tattoo done in NYC in November of 2001 and this Polaroid was taken a few days after. Those were adventurous years to say the least… In addition to being sublimely talented, Scott is also one of the nicest guys around. So excited to see him and his new work! Noblesse Oblige opens March 19th and runs through April 22nd at OHWOW, 937 N. La Cienega, Los Angeles, (310) 652-1711. 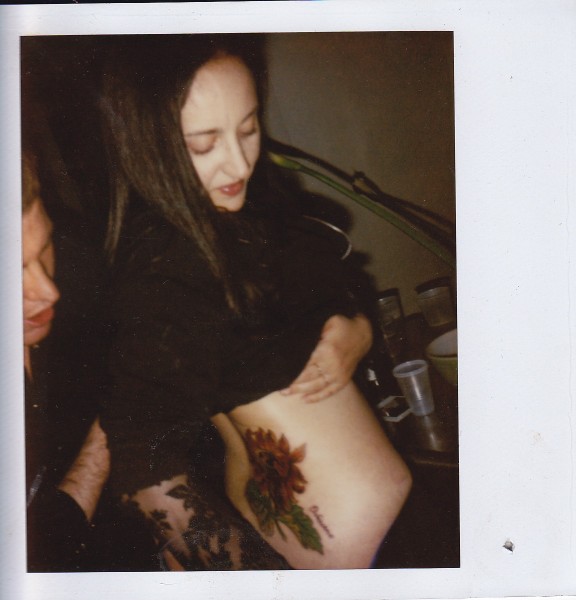