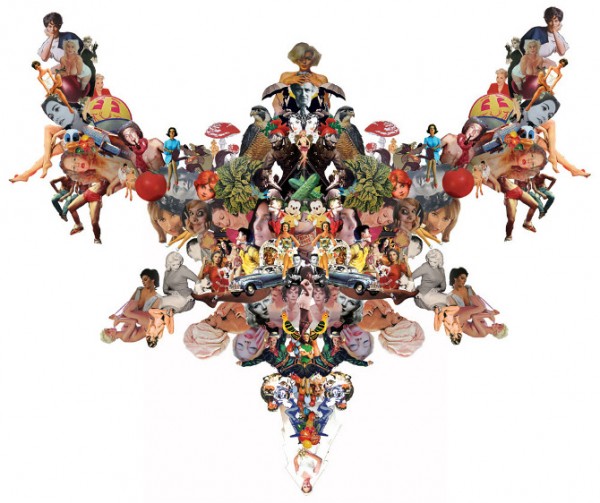 Full disclosure, I love Andreis Costa‘s work. I saw it a few years ago in his studio when we first met through mutual friends in LA and as it happens Andreis is also a Bard graduate (of course he is). So when I saw his solo show last night at BOA Gallery in West Hollywood (his first in LA, the gallery is directly behind the Rag & Bone store if you need an easy reference) I swooned. Andreis does gorgeous intricate collages that he literally cuts with a knife, hence the title of the show, “Cut With The Kitchen Knife”. Go see it, it’s up through June 6th. In a happy coincidence, Andreis’ old friend and Bard College roommate Daniel Gordon also has his first LA solo show of work up at M+B Gallery. Though they came a few years after I graduated, Andreis and Daniel were Freshman year roommates and lived in the same dorm I lived in my freshman year at Bard (Bleucher, we are all lucky we survived that wooden tent on stilts! Bard finally bulldozed “the ravines” a while ago). I love all the serendipity. And they both do beautiful work. Andreis above, Daniel below. 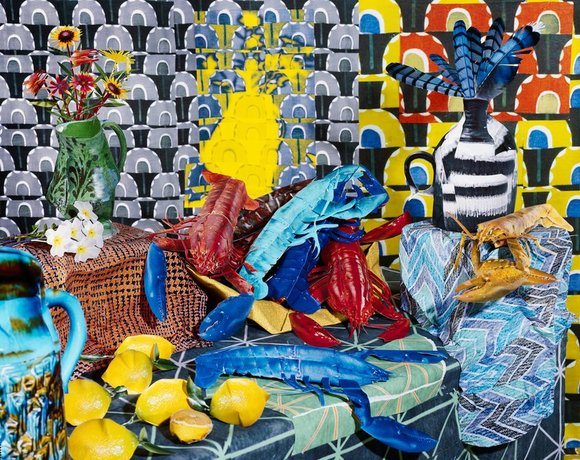