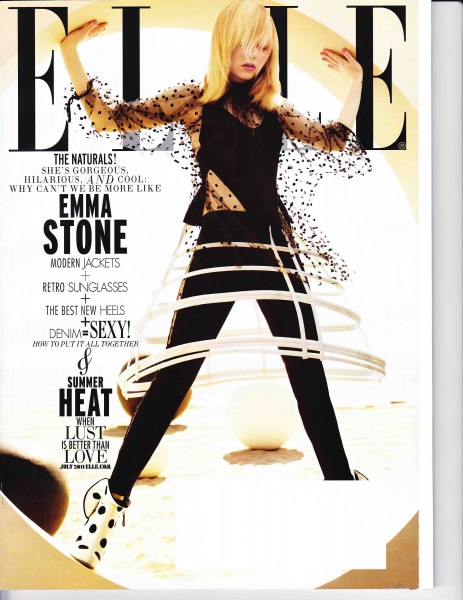 I love the subscriber’s cover on the July issue of ELLE. It reminds me of the amazing covers Liz Tilberis used to run at American Harper’s Bazaar years ago which makes sense because aside from being my favorite mainstream fashion glossy right now, American ELLE has totally taken over the art + fashion slot in the magazine world versus Vogue‘s fashion + commerce role. Harper’s Bazaar has lost so much of their relevance over the past decade and I don’t say that with any sort of glee or satisfaction because they used to be one of my favorite magazines for years. And even though I love what ELLE has turned into over the past few years I never find it fun to watch something I love falter. Anyway, it’s a cool cover. Even better because it’s Emma Stone who is a great actress.