Girl Model, A New Documentary on The World of Modeling 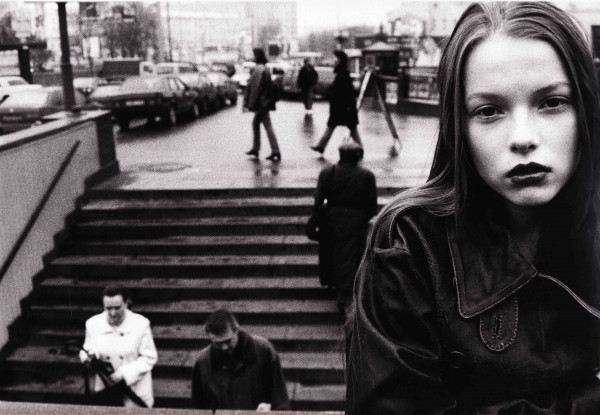 This is a photo from Polina Kouklina‘s first shoot for a fashion publication (Russian ELLE to be exact). I photographed her in Moscow for it in 2001 and she went on to become a working model in Paris, Milan and New York just a couple of years after this shoot. I repeatedly told her Russian “mother agency” (an ironic term if ever there was one…) that I didn’t want to shoot girls under the age of 16 and when I saw her at a casting they told me she was 16. On set she told me she was 14 and by the middle of the shoot I found out she was actually 13. Her real mother, if I remember correctly, did not want to send Polina to Japan as her agency suggested, when she was 13 or 14 so they waited a couple of years. Obviously, Polina was never in any danger working with me, but I was uncomfortable shooting girls under a certain age when our industry is based on selling clothes off the bodies of women (or essentially, young girls). Fashion sells sexuality and it is not ok for very young girls to take part in certain elements of that market, even if the girls are seemingly only selling shoes and clothes. We have got to talk about this. Why aren’t we talking about it more? It is so overdue and I am happy filmmakers Ashley Sabin and David Redmon, along with the Sundance Institute, have cracked this rotten egg open to dialogue in our business. Their documentary “Girl Model” premiered on PBS March 24th and I watched it this weekend on Netflix. My first thought as I watched the opener was, “my god, what have we done to girls and women in our society?” The film follows a model scout as she sorts through girls in Russia to take back to an agency in Japan whose owner can’t answer why he brings the girls to Japan if the agency can’t fulfill their contractual obligation of two shoots and an $8000 paycheck. There is a lot of fudging with the girls’ ages, including the 13 year old model the film focuses on, Nadya, which if you’ve worked in the business at all, you’ve seen a million times and somehow it’s okay to do. It’s not. Let’s talk about it. Thankfully models like Sara Ziff have rallied girls with The Model Alliance, a recent development in model’s rights, which I fully applaud. We are the grown ups at the table and it is our obligation to take care of these young girls, who are essentially children at 12, 13, 14 and even 15 and 16. You can sign the petition for model’s right that is on the Model Alliance website here. Sara Ziff did a great documentary called “Picture Me” on the modeling world a few years ago that I wrote about in a magazine I was editing at the time. The article and the trailer for Girl Model are below. 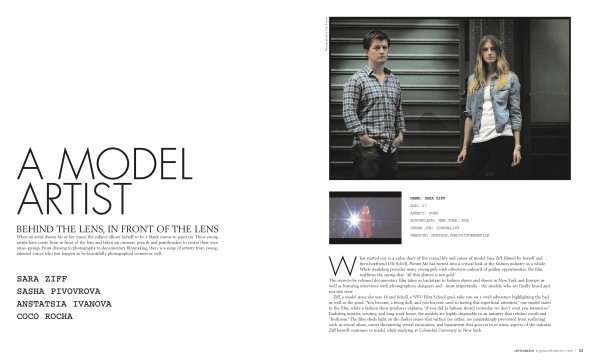