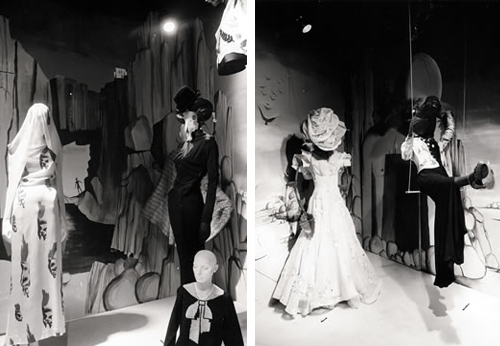 Every other brand has found a way to revive itself so it’s only fitting that one of fashion’s French favorites finally begins a comeback especially considering the new show at The Met, Schiaparelli and Prada: Impossible Conversations, which opens to the public this Thursday through August 19th. Diego Della Valle plans to relaunch the legendary Schiaparelli fashion house, which has been closed since 1954 and in September will announce a new designer for the brand. In the meantime, he’s hired French model and filmmaker Farida Khelfa to be the brand’s spokesperson. At tonight’s Costume Institute Gala Benefit guests will see the new show while press preview it today. Tonight’s event is hosted by Honorary Chair Jeff Bezos and Co-Chairs Carey Mulligan, Miuccia Prada, and Anna Wintour. Baz Luhrmann is the Exhibition Creative Consultant and Nathan Crowley is the Production Designer. For the first time ever you can see tonight’s red carpet arrivals live streamed from 6:30 to 8:30pm at the Met, Amazon, and Vogue.