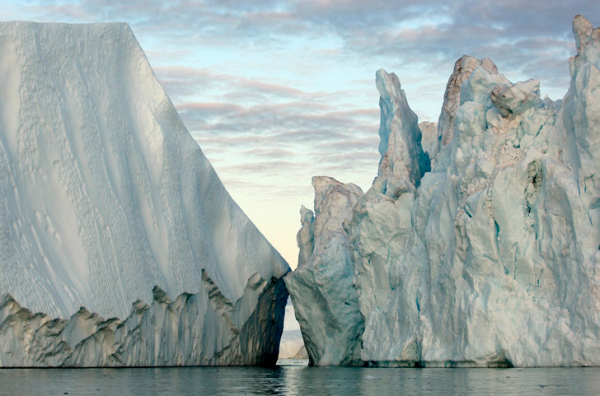 Part of my concern with climate change is purely selfish because frankly I don’t want New York City to end up under water because what will happen to all the stuff in my Lower East Side apartment? And it’s also a very generous concern because what will the future generations do without Manhattan? Putting all attempts to lighten the mood aside, this is, in all seriousness one of the most frightening issues on our current platter of global dilemmas. Thank goodness for men like James Balog who persist and insist on creating important groundbreaking (literally) work that no one else is making. His new documentary “Chasing Ice” comes at a pivotal time. It is an extraordinary film that quietly and fervently underlines the basic and real catastrophe that is climate change, using time lapse photography that can not be ignored or argued with. Sometimes the most important work of our time gets overlooked, ignored, pushed aside and overshadowed by political debate that tries to erase what is really going on. That has been the case with global warming and climate change for as long as I can remember. Even when I was a wee optimist in high school just starting my Recycling Club (which, I might add, was alive and well for twenty years after I graduated from Pikesville High School) it was a subject few spoke about and when they did it was always with eye rolling skepticism. The film opens in Chicago, Washington D.C., Portland and Seattle on November 16 and in Los Angeles, Denver, San Francisco and Berkley on November 23 and in Los Angeles, Denver, San Francisco and Berkley on November 23. A full list of screenings can be found here.