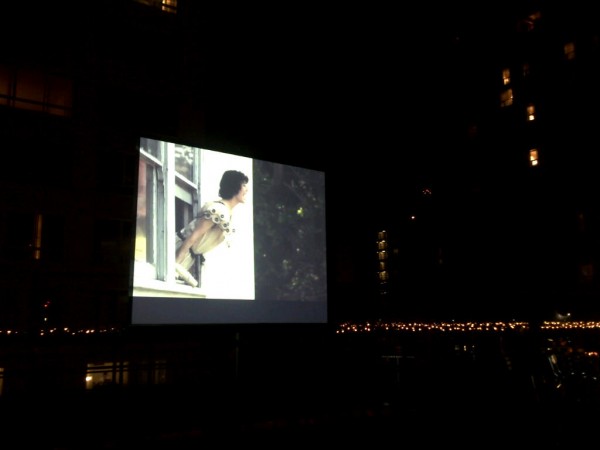 Friday evening MOCA Contemporaries hosted a screening of Miranda July‘s new film “The Future” which I saw and loved at Sundance. Since I was one of the organizers of the event I went over to say hello to Miranda and ask her about the video diaries she used to do fifteen years ago. I also wanted to tell her I was one of the filmmakers she had included in one of them and that I had searched my entire NYC apartment and still could not find that VHS so maybe, somewhere in her archives she had it? Lo and behold, not only did she remember it but she got so excited that she actually said to an old friend standing beside her, “this is Hellin Kay who made “EVERY WOMAN…was once a little girl with…DREAMS”. I died. Apparently the film had not only made a good enough impression to be included on the compilation but the title had also become a phrase Miranda and her friend had repeated throughout the years. It was pretty amazing and magical to be honest. She told me she had the video diary stored, where else but Bard, of all places. The happy coincidences just kept coming. It was pretty cool and made me very happy to say the least. She is also launching a website soon with all those films online so stay tuned… “The Future” comes out in theaters July 29th.