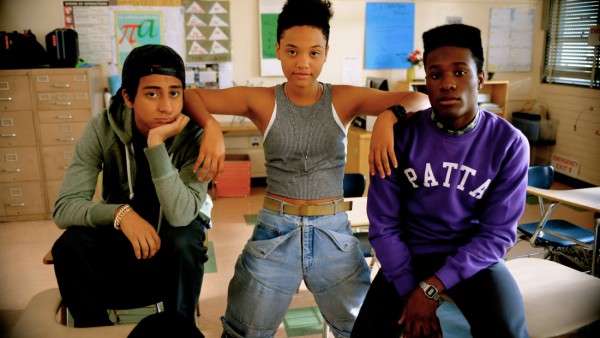 If you’re watching films at Sundance you’re basically living through a week long manic episode of laughing crying, laughing crying, laughing crying. It’s like The Cars’ “Drive” video with Paulina gone haywire. Seriously, it’s emotionally draining (in the best way possible). Also slightly similar to the first season of Glee. Anyway, I digress. Here are the rest of the films that kept me up from 7am til midnight in Park City, including the one above that nailed it on all counts. Dope has everything: a great script, a cool young cast, and a fantastic story line full of heart, soul, depth, music, intelligence and just the right touch of political undertones, that makes my heart go boom. Rick Famuyiwa directed this breath of fresh funny air, which Forest Whitaker produced (I love the films he keeps bringing into the world, remember the other gem Fruitvale Station?) and I’m hoping it takes the prize. It follows high schooler Malcolm (Shameik Moore) as he and his two best friends navigate high school, through a crappy neighborhood, bullies, and adults who continuously disappoint, while the kids indulge their passion for music, 90s hip-hop and fashion, and Malcolm’s determination to go to Harvard. It’s a feel good movie in the end, and a poignant one. 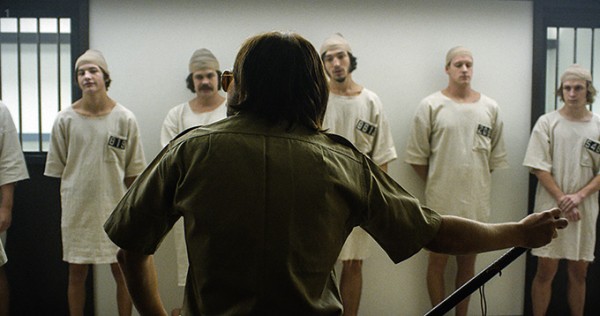 The Stanford Prison Expiriment, directed by Kyle Patrick Alvarez, and starring Billy Crudup and a hot young line up of up and comers, including Olivia Thirlby and Ezra Miller, is a horrifying account of a six day psychological study, exploring the power dynamic between prisoners and guards, that took place in 1971 for six days. It was supposed to be two weeks but the “subjects” were so traumatized it had to be stopped. What transpires is not a good look for humanity but definitely makes for a great film. It was brought to my attention by a young film fanatic like myself that we don’t actually end up caring about any of the characters in the film, just the experiment itself.

There were a few films I had on my list but just couldn’t manager to juggle, including Slow West directed by John Maclean, Tangerine directed by Sean Baker and Nasty Baby directed by Sebastian Silva. I suspect all of them will have some sort of theatrical release or at least show up on Netflix, so I will eventually see them. I also ended up missing all the screenings of Me and Earl & The Dying Girl (Alonso Gomez-Rejon) and Diary of a Teenage Girl (Marielle Heller), both are supposed to be stellar and will definitely be out in theaters soon. Something to look forward to this year, along with these other must see films. 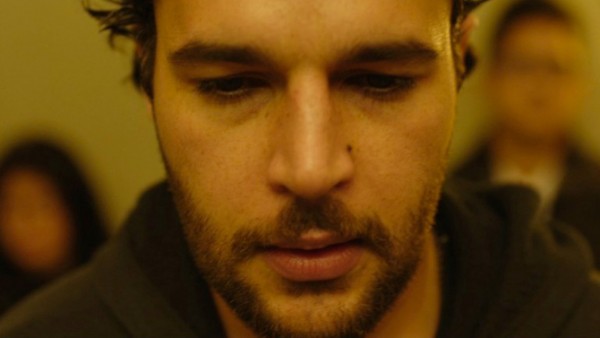 James White is exactly the kind of raw, itchy film I love. It’s directed by Josh Mond, who is part of the Borderline Films producing group, where they essentially take turns directing the films they produce, which in the past has included the incredibly brilliant and creepy Martha Marcy May Marlene (Sundance 2011). Christopher Abbott and Cynthia Nixon star in this story about a 20-something NY kid who goes from losing a father to dealing with his mother’s cancer, while on a semi-nihilistic tour of post adolescent angst and an inability to deal with reality. 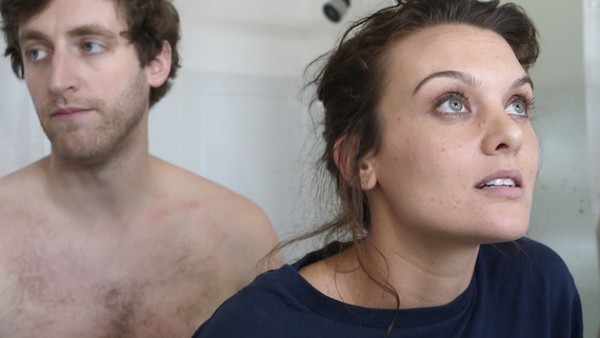 Usually I don’t end up seeing a lot of the shorts (ok, fine, I rarely see any of the shorts because it feels like there is barely enough time to see the features, which time wise makes no sense at all but someone out there understands what I’m saying). But this year I managed to watch two (!!) shorts, including my Bard buddy Jen Reeves’ beautifully done Color Neutral, which is reminiscent of Stan Brakhage and the hysterical SMILF, written, directed and starring Frankie Shaw, about a young woman adjusting her sex life to the realities of being a new mom. I can’t wait to see more from this smart funny lady next year. 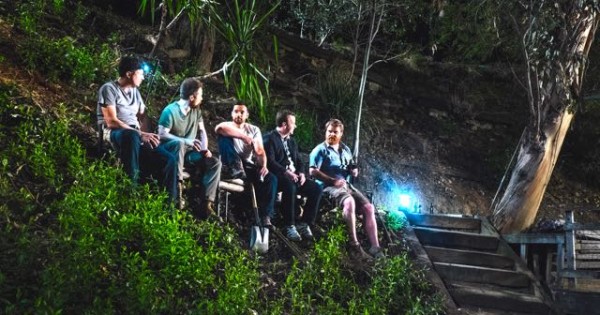 Joe Swanberg, the current Whit Stillman, does young privileged white people problems really well. That was my first thought after seeing Digging For Fire, though I am pretty sure that’s what I am always thinking as I watch his films, which I do always enjoy. I usually understand the slightly achey dilemmas the characters face and as intended, I can probably pinpoint every single person I know in every single one of his characters. It’s really kind of like playing liberal arts school chess and Joe always seems to win without trying. The cast reads like a who’s who of cool young Hollywood starring Rosemarie de Witt and Jake Johnson, both of whom I love, with Sam Rockwell, Ron Livingston, Anna Kendrick, Chris Messina, Orlando Bloom, Jenny Slate, Brie Larson and Melanie Lynskey. It’s a fun, easy film about a married couple with a new baby trying to find their way to themselves again. 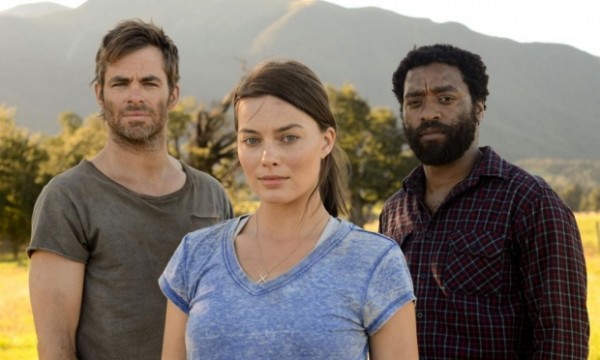 I was a huge fan of Craig Zobel’s film Compliance in 2012 so Z for Zachariah, an unconventional story of the last woman left alive in a small American town (played by Margo Robbie) who befriends two men (first Chiwetel Ejiofor and then Chris Pine) wandering a post apocalyptic land (that’s remained rather pretty actually), was on top of my list of films to watch. And although the tone grazed the surface much more than his last film, and was paced a bit more conventionally I was still taken in by the story, the acting and the nature of it. The ending was the only few minutes when I cocked my head to the side and thought, “hmm.. really?” But overall, a film to see if you are a fan of a slower pace, which I am sometimes. The film is based on Robert C. O’Brien’s 1974 novel of the same name.

Welcome to Leith – Teaser from NO WEATHER on Vimeo.

There are two documentaries that are a must see (three actually but I haven’t seen Going Clear though I read the book). Michael Beach Nichols and Christopher K. Walker’s Welcome to Leith and Stanley Nelson’s The Black Panthers. I was planning on staying for only a half hour of Welcome to Leith because it overlapped with the Panthers flick but it was so disturbing, infuriating and captivating that I couldn’t leave my seat. Over the course of one year the filmmakers focus on Craig Cobb, a ridiculous white supremacist who in 2013 started buying up plots of land in Leith North Dakota in order to start a whites only colony. As horrifying as it is every time these Nazi idiots open their mouths with nonsense like “whites are now the minority in this country, we are being persecuted on our own land!” let’s try and remember that although what they say is disgusting and makes you want to kick them in the head, white supremacists like these number roughly 125K in the US, which has a population of around 326 million. And thankfully the Southern Poverty Law Center does a pretty stellar job of tracking them and making sure their psychotic ravings stay in check. Watching even the last hour of the Black Panthers documentary was a nice respite, though a conversation on cultural nationalism would be way too long winded for this write up. I did read a lot about the FBI’s Cointelpro program and all the panthers when I was in college so it was cool to see all that incredible footage from way back when. It’s devastating and a sad sign of human nature the way in which the panthers disbanded amidst all the power struggles and egos. See The Stanford Prison Experiment for example A on that subject. This Sundance was a pretty interesting exploration of the essence of human nature (isn’t it always?), and how deeply any imbalance in power affects all types of relationships. I can not wait to go to a dinner party and talk about it. 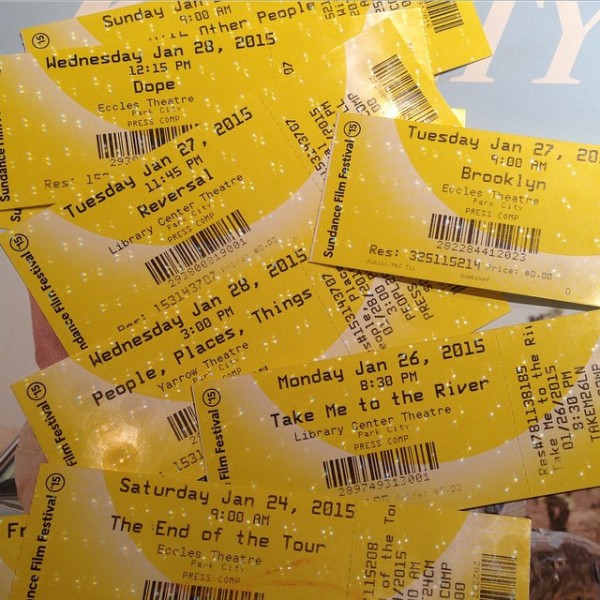 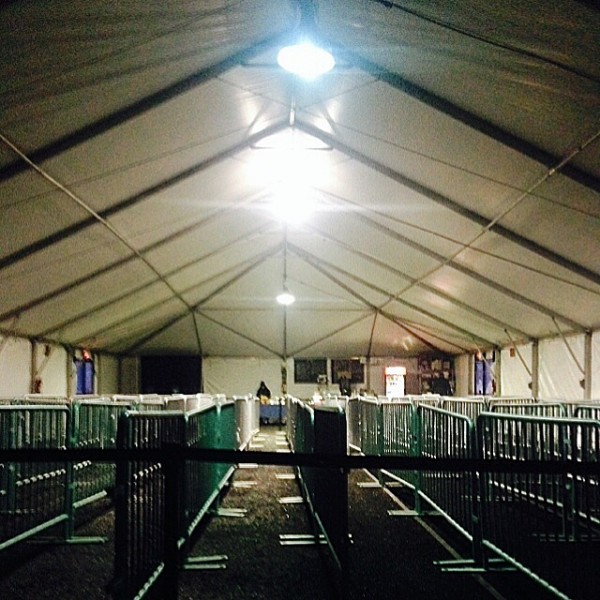 Sometimes I show up a little early to screenings. Example A above.