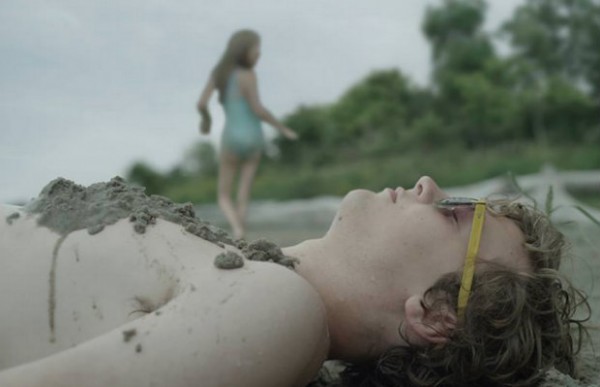 Liz Garbus’ documentary What Happened Miss Simone opened the festival on Thursday evening with a layered overview of the life of Jazz musician and political activist Nina Simone. I loved this documentary, which gives a deeply personal view of her life, work and family throughout decades of extreme change in this country. The film is timely, packed with archival footage of the Selma march, speeches by Malcolm X and Stokey Carmicheal, as well as the Shabaaz daughters, who grew up with Lisa Simone, Nina’s daughter and the producer of the film. Next up was The Bronze, which failed to deliver on it’s Napolean Dynamite with a perverted twist vibe though it was at times funny and I can see John Waters laughing his ass off at it.

One of my favorites so far is The End of The Tour, which stayed true to the Sundance tradition of perfectly paced, “what does it all mean,” quietly existential crisis themes. The script is based on a book by David Lipsky (played by Jesse Eisenberg) about his travels on a book tour with writer David Foster Wallace, who kills himself twelve years after this particular tour ends, at the age of 46. It’s a slow burn film which delivers a lot of heart, soul and depth. The film’s director James Ponsoldt also directed The Spectacular Now in 2013, which I loved. Another one of my favorites so far is Matt Sobel’s first feature film, which he writers, directs and produces, Take Me To The River, which I just saw tonight. It has a creepy, perpetually on your sexual-seat kind of vibe that keeps up till the end of the film, when you finally find out what the big secret is and what the hell is really going on with this family. The tension builds nicely and the cast is great, including the young Logan Miller, who plays the gay California teen who accompanies his parents on a family reunion to Nebraska. Sleeping with Other People was funny and watchable, Alison Brie is always great and director Lesley Headland (Bachelorette from a few Sundance’s ago is also hers) delivers with a well balanced approach to raunch and biting romantic comedy. It’s a good date night flick. 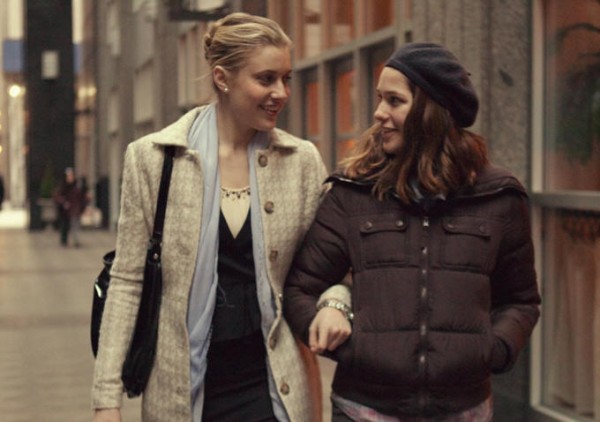 Noah Baumbach’s latest collaboration with Greta Gerwig (they co-wrote the script and she plays the lead muse Brooke) has that cool, slightly lost, always on the brink of a crisis, liberal arts college graduate tone that the kids from the suburbs who now live in the city tend to love. I really like Lola Kirke too, who plays opposite Greta and was in another Sundance flick in 2011 with Ezra Miller, Another Happy Day, which didn’t make the splash it hoped for but the cast was phenomenal. Ten Thousand Saints, directed by Robert Pulcini and starring Ethan Hawke and Hailee Steinfeld, was not a great film overall but for punk nostalgia addicts alone this film will do moderately well in NYC, LA, Chicago, DC and Baltimore. With it’s transformation of the East Village into a dicey 80’s replica and all the straight edge New York Hardcore mentions as well as a performance by a tattooed Emilie Hirsch of a Minor Threat track, it makes for entertaining movie watching. It’s a somewhat overemotional, twisted story, which doesn’t always entirely make sense, and the script occasionally begs for overacting and melodrama but the cast is so great, and the intent so pure that it should still earn a spot on your Netflix que. 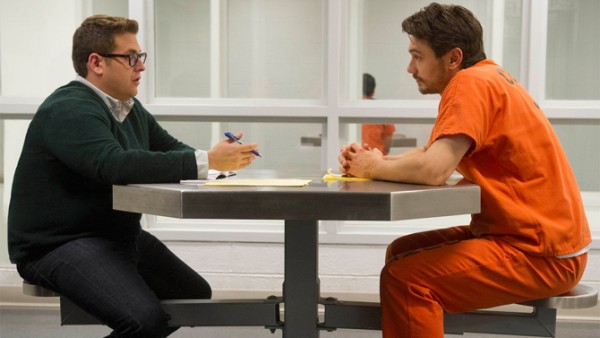 Rupert Goold’s directorial debut True Story is literally that. Based on the book by Michael Finkel about child and wife murderer Christian Longo, who used Finkel’s identity while on the lam in Mexico shortly after the murders, it’s a mildly entertaining film but the casting of both Jonah Hill and James Franco totally distracts from what is essentially a morally bankrupt tale of two men who are so similar and yet whose lives couldn’t be more different. The Wolfpack documentary is frankly batshit crazy. Depressing and fascinating, director Crystal Moselle films a family, that has lived in NYC public housing for several decades, in the same apartment, with seven siblings and a husband and wife, who are the only two who ever leave the home to run errands while their kids are shut-ins re-enacting Hollywood films in order to experience anything outside of the confines of their home. It sounds more like fiction but sadly it’s real and takes place in the Lower East Side. Worth seeing for the bizarre aspect alone.

Considering this was one of the films I had been really anticipating, Michael Almereyda’s Expirimenter, starring Peter Skaarsgard and Winona Ryder, was a little disappointing, but that may have also been because I was exhausted when watching it so may need to give it another chance. It felt disjointed, and not in that interesting and intended ‘let’s structure a non-traditional narrative’ sort of way, and was not nearly as fascinating as it’s subject matter; the story of social psychologist Stanley Milgram. Good night. More later film geeks.

This entry was posted in Film, Sundance and tagged Film reviews, Greta Gerwig, Lola Kirke, Matt Sobel, Sundance 2015, Take Me To The River, What To watch, What We Saw. Bookmark the permalink.