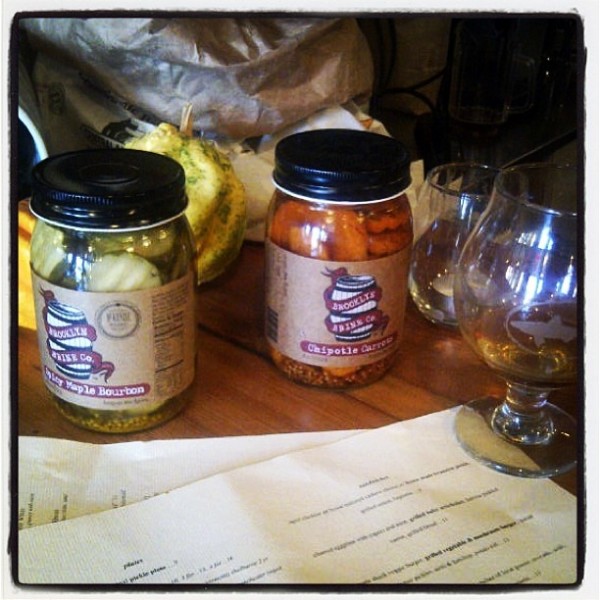 Full disclosure, I am Russian (and a Jew!) so I have a distinct biased affinity for pickles; I will eat pickled anything. So it didn’t take much convincing for me to trek from the East Village to Brooklyn to check out the three week old Pickle Shack that Brooklyn Brine just gave birth to. The shack (with an awesome backyard garden) is all vegetarian with vegan options but not at all what you would expect. I got the cheddar cheese, carmelized onion, pickle sandwich (with more pickles on the side) that I split with a friend along with the veggie burger, which was THE BEST VEGGIE BURGER I have ever eaten. I do not say this lightly or without a lot of thought and research. It beat out Umami’s veggie burger, which until this weekend was my #1 go to in that arena. And Eric the bartender has converted me into a beer drinker after giving me a taste of the Birra Etrusca from Dog Fish. They serve beer and wine but are working on a full bar, which I discovered when I tried to order a martini, my favorite drink with some pickles on the side (I did mention I am Russian, right?) They also make this incredible homemade ketchup that’s kind of like a chutney. Amazing. The shack is at 256 4th Avenue between Carroll and President. 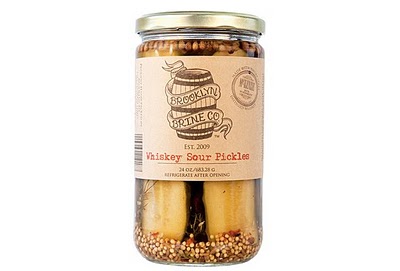