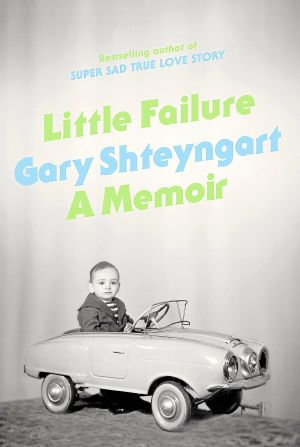 From the Ukraine to Moscow, Vienna, Rome and New York and for us finally, Baltimore, Gary Shteyngart‘s memoir is basically a retelling of my Russian childhood, adolescence and 20s from a male perspective. I picked it up at The Strand this weekend (where I also lived starting in the early 90s, and which was the cause of the great clutter in my Lower East Side apartment twenty years later) and have been laughing hysterically at every page. From the medical “banki” to the Mau Mau books he keeps on his shelves after graduating Oberlin and the constant disappointment from his parents at not having gone to law school, it is like looking in the mirror. Substitue Bard for Oberlin and MFA in film for MFA in writing and there you have it. A punk immigrant’s journey through being a constant outsider and failure in the eyes of your family and an entire immigrant community. If you didn’t earn a law or medical degree and get married by 25 you were doomed. God help me. I too had an undying inexplicable love for Lenin into adulthood, which I think resulted in me dating the wrong boy simply because his dad was the spitting image of Lenin himself and the first time I met him I couldn’t take my eyes off him and wouldn’t leave their home or family for the next fifteen years as as result. And the standard violin lessons, which my mother insisted I take part in from age 8 to 12 when she finally realized I was never going to be a classical violinist or ballet school prodigy (see below). And of course the constant badgering from my family of “when are you going to get a real job?” after I graduated film school and started working in magazine publishing in New York. I am saving my childhood photos and punk year evidence for my own memoir to come someday. 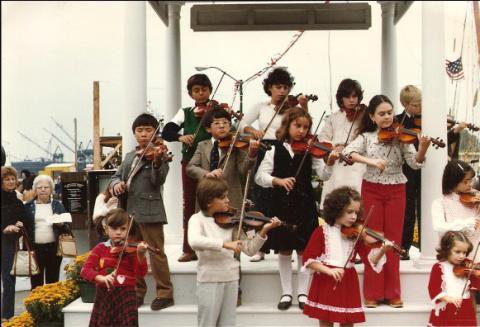 I am in black in the middle, suffering through another public humiliation at the hands of over achieving Russian immigrant moms everywhere, though I do think this is where my affinity for knee socks and Mary Janes began and much to my mother’s chagrin, an appreciation of music of all kinds, including hardcore and punk, which my mom is still scratching her head about.

This entry was posted in Books, Media/Publishing. Bookmark the permalink.