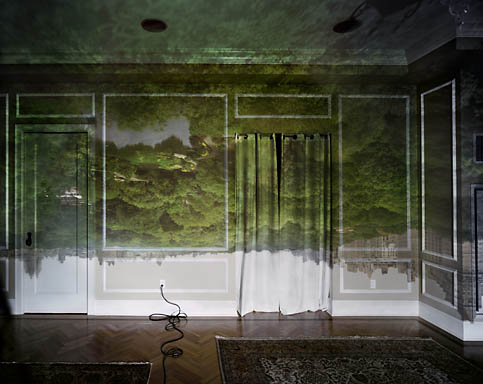 Abelardo Morell has two shows opening in NYC this month. He is probably one of the last few artists left to be using the old school technique of camera obscura which is similar to a pinhole camera in that it uses a tiny hole as a lense. The images are haunting and beautiful and take several hours to expose. It’s all pretty fascinating and the result is amazing. I am obsessed with the image above. Two solo exhibitions, one called Groundwork opened at Bonni Benrubi Gallery in NYC on October 7 and is up through December 18, 2010 and The Universe Next Door at Bryce Wolkowitz Gallery just opened on October 29 and goes through December 11, 2010.