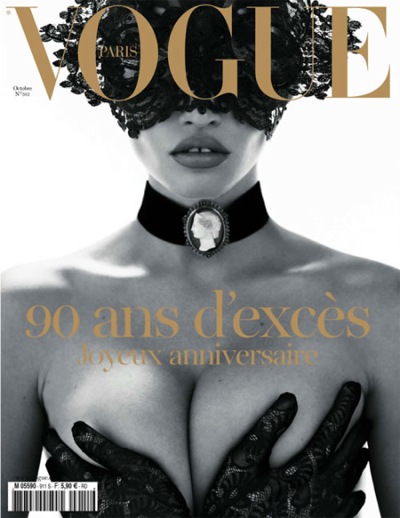 Well, it’s official; Emmanuelle Alt will be the new Editor in Chief of French Vogue, starting with the April issue, which will be the first with her name at the top of the masthead. Kudos. Is it true that our fab and favorite Carine Roitfeld was fired for all that love she gave Tom Ford in her December/ January issue? I heard it ruffled some feathers at big advertisers LVMH… Apparently 2010 was the year of amazing Vogue editors getting fired left and right.