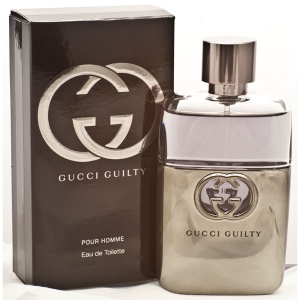 Following the August launch of Gucci Guilty for women, a men’s version, Gucci Guilty Pour Homme will hits stores this March. I have yet to smell it but they promise notes of Italian citrus paired with lavender, cardamom, and orange flower anchored by cedar, sandalwood and amber accords. Sounds promising. Actor Chris Evans will co-star with Evan Rachel Wood in the ad campaign again which will also feature a soundtrack by one of my favorites, Natasha Khan of Bat for Lashes doing her rendition of Depeche Mode’s “Strangelove”. Nice. The original ad campaign film for the women’s fragrance, directed by Frank Miller is below, with “Strangelove” performed by Friendly Fires.