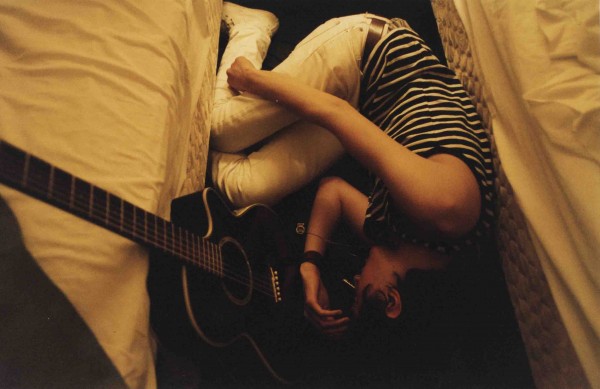 I had my room burgled in Paris years ago so I know how awful it feels to travel and be robbed. Luckily the hotel I stayed in had insurance so I got a check a year later for all of the stolen stuff. Last Friday Brooklyn-based band A Place To Bury Strangers had their van stolen in Rome, Italy outside the BlackoutClub during a three week long tour across Europe. The band’s gear was safe in the venue, but 1000 Euros, all of their suitcases and clothes, a lot of merchandise, bassist Dion Lunadon’s New Zealand Passport & Green Card, the band’s Macbook Pro laptop and numerous personal items and other gear were in the van at the time of the theft. The band’s label has set up a Paypal link for donations, no matter how small and their friends/former tourmates in Holy Fuck are donating the track above by sending a download of the remix to each person who donates. A link to the download will be sent directly to those kind souls.

This entry was posted in Uncategorized and tagged A Place To Bury Strangers, Holy Fuck, Photographed by Hellin Kay. Bookmark the permalink.