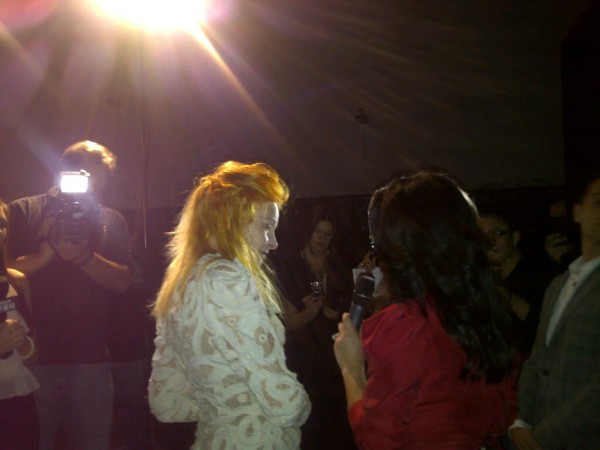 There are very few store openings that can impress me. When the late Alexander McQueen opened his boutique in LA it was pretty phenomenal. He had Beth Ditto and The Gossip play and the crowd was stellar to say the least. Vivienne Westwood, whose first and long overdue US flagship store finally opened in LA last night across the street from McQueen, threw a slightly more grown up affair but with slightly less serious grown ups in attendance which was pretty fabulous. I’ve been to her show in Paris a few times and have seen her at the end of the runway from afar but seeing her up close and being within two feet of a living legend is still pretty awe inspiring. The crowd was eclectic to say the least. Stars and punks alike sipped wine and champagne and wandered through three floors of Dame Westwood‘s fabulous frocks. I am still amazed I made it in time after our two day music video shooting fest. It’s been a fun week for sure!