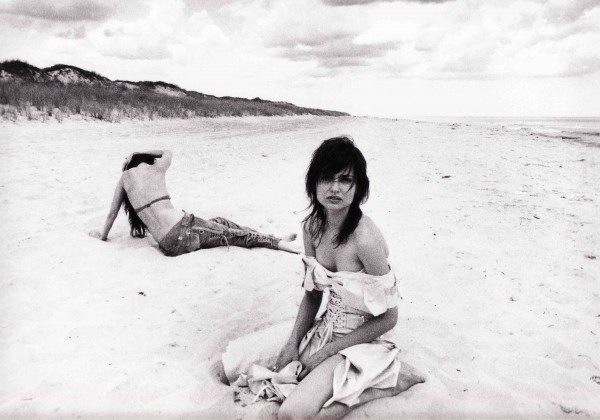 The first time I came to Paris was in the Fall of 1999, a day before my birthday, just after getting hired as Fashion Editor for Russian Vogue. My father had just died three weeks prior, Polly retired and I had interviewed with Anna Harvey and Aliona Doletskaya at The Grand Hotel in Milan during Fashion Week and been hired on the spot. They flew me to Paris right after to cover the shows for the magazine and left me to sort my way. I landed at Charles de Gaulle for the first time not speaking a word of French, $30 in my pocket, a broken ATM card (which I only realized after trying to take money out after landing…), no car to meet me, just a letter from Anna Harvey announcing me as the new Fashion Editor which I was to use with the PR reps when getting into shows. I walked out of the airport with absolutely no clue how I was going to get to my hotel in the center of Paris and headed towards the first English voice I heard which turned out to be Linda Dresner. I had no idea who she was all I knew was I needed a ride into Paris. She and her long time buyer Douglas Chen were so sweet to give me a ride and for years greeted me at shows with a hug and a smile. If you have ever attended shows in Paris alone for the first time you know how much that means. One of my first shows was Yohji Yamamoto on the outskirts of the city, again, alone. I remember walking out after the show and literally having no idea where I was or how to get back to my hotel but being a resourceful city girl I again went to the first English voice I heard which at the time was Robin Ghivan who kindly led me to the metro station and not only pointed me in the right direction but also invited me to dinner with her and a slew of other journalists. I love Paris. I swear I am going to learn French fluently by the time I come here next in March… Stay tuned for the foodie tour.

** Full disclosure, the photo above has nothing to do with Paris other than all the clothes are Dior and created here. It’s my old friend Karolina, also the original Joe’s Jeans ad inspiration model (another post…) that I shot for Nylon on Fire Island in NY back in 2001. Karolina lives in LA now too.